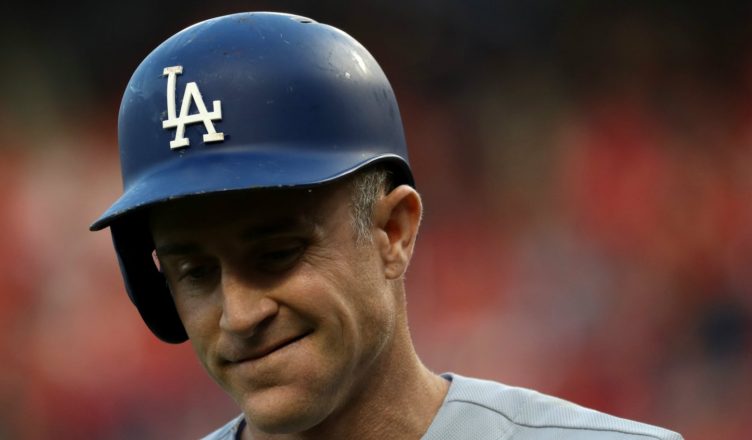 The Los Angeles Dodgers befuddle me. I don’t mean I disagree with some of their decisions. I’m not talking about the minutia of pitch counts or whether or not a strategic bunt is necessary at a particular time. I mean they make decisions that absolutely defy logic, common sense and everything they’ve supposedly built their decision-making culture upon.

I’m talking about their insistence on starting Chase Utley again and again, despite his abysmal batting average, and equally despite the fact players with comparable defensive abilities and much better offensive capabilities are available instead.

We all know the Dodgers’ front office claims that numbers should determine playing time. Never mind the “intangibles”. The cold, hard numbers will speak for themselves. Ok, enough of me. Let’s see what the hard and cold numbers have to say:

It’s understandable to an extent that Utley would get plenty of field time since Logan Forsythe has been on the disabled list. However, he isn’t the only choice on the bench to spot Forsythe – and he sure as Scully isn’t the best choice.

Let’s consider the Banana Kid, Enrique Hernandez. Before Andrew Toles started hitting and Cody Bellinger hit the scene, Kike was getting starts in the outfield. That’s not happening much anymore, because Toles and Cody are hitting home runs and sparking the offense nightly. That’s a good thing beyond the offensive numbers because Kike is a sub par outfielder and his arm isn’t much good beyond a 50-foot throw.

That said, the Banana has shown he’s plenty competent at second base, and even better, he’s slugging extra-base hits once every 4+ at bats.

Guess who the stat-heads are starting at Chavez Ravine? If you trusted your “reasonable person” skills, you’d be wrong. Utley gets the start.

Small sample sizes? Everyone is on a small sample size. The season is only one month old, but one can see trends, and I don’t see a pattern that insists Utley and his weak bat should be getting 3 or 4 plate appearances a night while players with hot bats sit so their batting eyes can lose focus, their timing can grow rust, and their mojo can dissipate on the dugout pine.

I suppose a team leading the division can afford to carry two or three dead bats in the lineup, but these Dodgers aren’t that, and they need every quality at bat they can muster just to beat the last place team in the division.

Adrian Gonzalez is dead bat number one, and thankfully the Dodgers have moved him down in the lineup where he belongs. Chase Utley at dead bat number two went 0 for 3 against the Giants with two strike outs and he left three men on base. The Dodgers lost to the last place Giants by one run.

Meanwhile Kike’s hot bat, with its .350 slugging percentage with men on, sits cooling off in the dugout, the Dodgers sit in third place, and I sit befuddled.