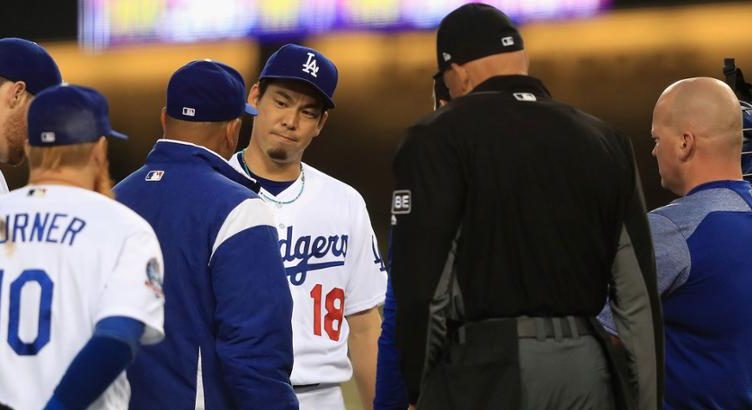 Maeda’s night began strangely enough, with a 20-minute long first inning. He held the Phillies scoreless through the marathon inning, but gave up a solo home run to begin the second. After giving up a double, manager Dave Roberts went to the mound, but Maeda stayed in. He struck out the next batter, but Roberts and co. returned to the mound and pulled Maeda from the game. Once that miserable piece of business was over, the rest of the game continued straight downhill.

The Dodgers’ bullpen, which had begun to look good over the past ten days, returned to uselessness, and gave up five more runs over the rest of the game. Baez, Alexander and Hudson were the culprits, with Hudson being especially bad in the ninth, but Roberts wasn’t going to burn through another pitcher, so Hudson was forced to finish.

The Dodgers offense was awful tonight as well. They couldn’t get any kind of traction against Jake Arrieta, who held them scoreless through seven. then again, what else would you expect from a lineup that featured the Dodgers’ worst hitter batting third? And against Arrieta? Of course, the stupid experiment went south – Bellinger struck out twice, walked once, left two men on, and sucked the air out of every semi-rally that he came up in. He’s now something like 0 for 37, so I would expect him to bat clean up tomorrow.

The Dodgers were terrible – and boring. They lost the game, and we don’t even know how long Maeda will be lost. That’s the news folks. Have a glass of warm milk before sleep tonight. They say that helps.