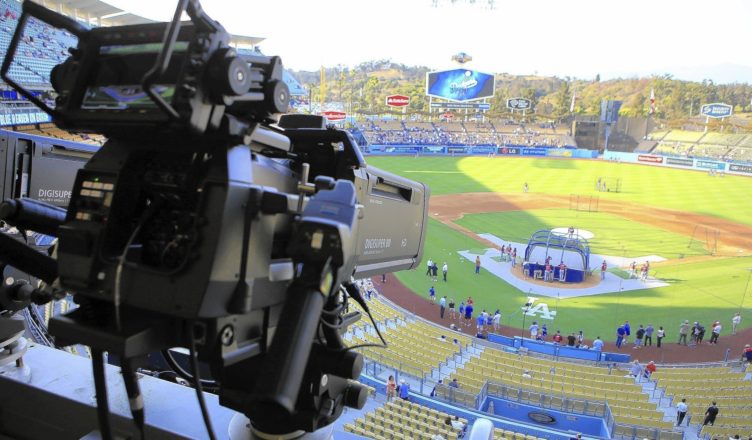 Today those fantasies became real, as the Los Angeles Dodgers announced they will broadcast ten games (both home and away) over the air on local channel KTLA 5.

Ever since the Dodgers signed that $8 billion dollar TV deal and the team disappeared for over half of the local viewing audience, I’ve written quite a few articles that raked them over the coals for that. Of course, just about every other writer, big and small, excoriated them as well.

I call ’em as I see ’em, and I see this move as a very good development, so I will give credit where credit is due. A skeptic might see this as nothing more than a cynical marketing tool, designed to whet our appetites for Dodger baseball, and thus create rallying cries for other cable and satellite companies to purchase the team’s broadcasting rights and carry the rest of the season over their bandwidths. That could explain the offering of so many games over the opening month of the season.

I prefer to view this as a first step in the Dodgers de-volving back into a team that the city as a whole can once again embrace – in the televised sense. Of course opening these games up to the general public is a marketing move. I’m hoping it’s also a sign the Dodgers have remembered Los Angeles is their city, and they are our team.

Ten games on over-the-air television at the start of the season is a very good thing. Perhaps they’ll sprinkle in a few more over the course of the season, and offer all of us the chance to watch the final run to the playoffs at the end of the season.

Vin Scully may be gone, but the Dodgers have returned. I’ll happily take it.

31 thoughts on “Breaking: The Dodgers Return to Local Broadcast TV”