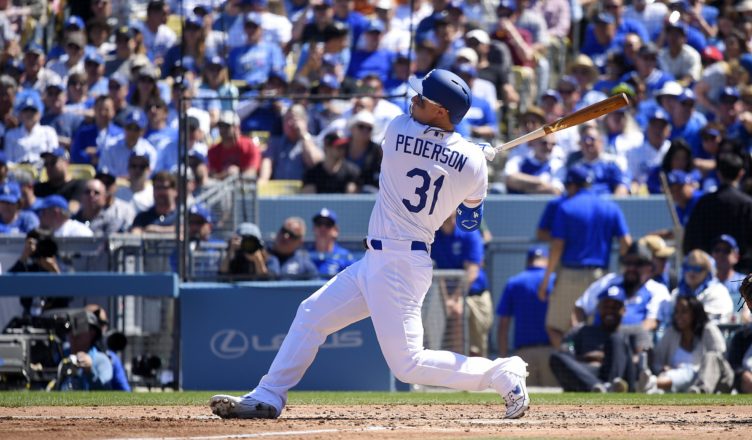 Now that all the ceremonial glee from the opening day slugfest is over, the season can really begin. The Dodgers and Dbacks continue their four game series on Friday evening at Dodger Stadium. Robbie Ray will take the mound for Arizona while the Dodgers will give the ball to right hander Ross Stripling. Friday night’s affair won’t be as easy as opening day seemed to be on Thursday afternoon. After all Ray has posted a 1.80 ERA and limited Dodger batters to a .164 batting average against at Dodger Stadium. He’s fanned 13.5 per nine at Chavez Ravine and holds a career 2.68 ERA against the Dodgers. He’s struck out 121 in a little over 90 frames versus the boys in blue. The Dodger bats are sure to have their hands full.

But that’s on Friday. On Thursday afternoon the Dodgers set a new MLB record by hitting eight home runs on opening day in their 12-5 thrashing of the snakes. The Dodgers hit four of the eight long balls against former Dodger turncoat Zack Greinke. Joc Pederson and Enrique Hernandez both hit two bombs. Shortstop Corey Seager hit one out in his first game back from Tommy John surgery since last year. Cody Bellinger and Max Muncy each hit dongs and even Austin Barnes surprisingly hit one out as well.

It wasn’t just the bats that impressed on opening day. Starter Hyun-jin Ryu filling in for injured Clayton Kershaw tossed a masterpiece. Ryu dominated from the outset, tossing 6 innings of one earned run ball. Ryu allowed just four hits and struck out eight without a walk to pick up the first win of the season. It was all quite a site. Check out all eight home runs below.