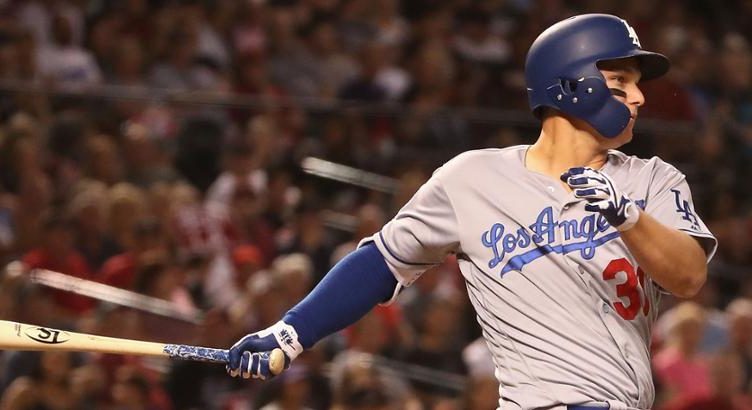 Like they say, when it rains, it pours, and it certainly showered down on the Dodgers nonstop today. As even the man on the moon knows by now, young Dodgers superstar, Corey Seager, had his season cut off at the elbow today, when it was announced he will undergo season-ending Tommy John surgery.

The Dodgers were still trying to figure out how to react to the sudden benching of their other young superstar, Cody Bellinger, when that news broke, prior to the start of a three game series against the powerful Arizona Diamondbacks – and all of this on the heels of being spanked all across the bay area by the hated (but victorious) San Francisco Giants.

There was a game that still needed to be played, and I guess they did their best to compete, but it was as useless an effort as we’ve seen in this season full of useless efforts. Ex-Dodger mercenary, Zack Grienke, struck out 10 and the Dodgers’ pitching staff gave up three home runs to DBack A.J. Pollack.

Ross Stripling started for the Dodgers – because of course, Rich Hill is injured – and of course, he stunk. Stripling gave up four runs and only lasted four innings. The lousy Dodgers’ bullpen then came on and surrendered the other four runs. Every time the offense scratched back, the pen gave the runs right back and kept the hole just as deep.

In the lone bits of good news on the day, Joc Pederson continued his hot hitting with men in scoring position, driving in a two-out RBI, and Matt Kemp did the same. Up and coming Max Muncy hit his second home run of the season as well.

That’s it folks. Light a candle and pull the covers high over your head tonight. Tomorrow we change the calendar. Let’s hope May will be kinder to the boys.

32 thoughts on “Of Course the Dodgers Lost, It Was That Kinda Day”