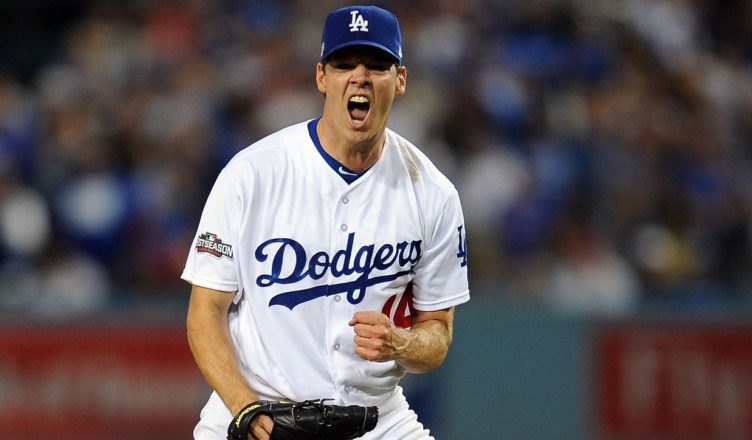 It’s almost Thanksgiving which means the hot stove should be well underway. Unfortunately it’s not. As usual the Dodgers have done very little to nothing in terms of adding players for next year’s roster. The Dodgers still need a new GM, hitting coach, third base coach, starting catcher, and starting second baseman. Finding a new GM should be one of the most important tasks, but Andrew Friedman stated that he’s in no rush and just hasn’t wrapped his arms around it yet, despite former GM Farhan Zaidi leaving for the Rival Giants which leaves the Dodger’s general manager chair empty. Once again Friedman will wait until the very last minute to do anything and you can bet that all of the good free agents will be signed by then.

That means Friedman is running the show on his own. Meaning he’ll run things without a GM for now. This also likely means that Austin Barnes will be the starting catcher in 2019, despite him being an automatic out. Maybe he regains his stroke next year, but it’s very possible he bats .130 and has one of the most punchless seasons in Dodger history.

But let’s take a look at a huge positive for the Dodgers in 2019 and that’s their strong pitching staff. What will the Dodger pitching staff look like for 2019? Well you have a very strong rotation with everyone under contract for 19. Clatyton Kershaw, Walker Buehler, Rich Hill, Julio Urias, and Hyun-jin Ryu will all be coming back. The Dodgers also still have Kenta Maeda, Alex Wood, Ross Stripling and Brock Stewart under contract and ready to contribute. My guess is the Dodger pitching staff will look like this for next season.

There’s not much room for additions to be honest. Those guys above are all locks to make the roster, or at least most of them. Unless one or more are traded, I see all of them making the opening day squad. There’s 11 pitchers listed above and most teams carry a 12-man pitching staff. The Dodgers might only have one or two spots available for offseason additions. I stated previously that I like Adam Ottavino as an eighth inning middle relief guy. Please don’t give me the whole “teams don’t spend money on relievers crap” because Ottavino made 7.5 million dollars in 2018 and would come pretty cheap. Maybe the Dodgers offer him a 10-15 million dollar per year contract. That’s still pretty inexpensive in comparison to most contracts these days. There’s no way that Ottavino would put the Dodgers over the luxury tax.

There are some question marks. Can Kershaw regain the velocity he lost in 2018? Can Buehler continue his rising stardom? Can Urias recover and become a solid contributor? Is Maeda a reliever or starter? Can Ross Stripling make it through an entire season without getting injured? Can Hill make it through an entire season without injury? Can Baez recapture some of his late season magic? Can Kenley recover from his heart problem? Can Ryu stay healthy? Who will come up from the minors to help when the regulars eventually do get hurt?

There are so many questions, but a lot of options. The Dodgers are going to have a super talented and deep pitching staff in 2019. I’m confident that even with the bullpen problems, the restructuring, resurgence of Pedro Baez, discovery of Caleb Ferguson, contributions of Maeda, Wood and Stripling, and a healthy Kenley Jansen will give the Dodgers a reliable bullpen. I’m not worried much about the Dodger’s pitching staff next year. Now the offense side is another story.