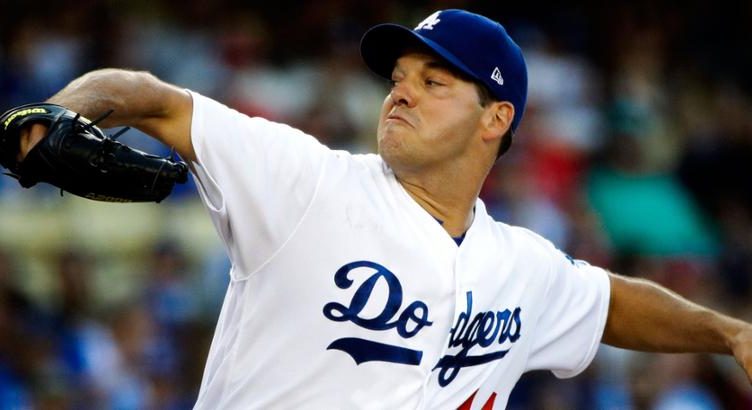 You never know what you’re going to get when the Dodgers play the Angels. Much like the Padres and the Giants, it doesn’t matter if they are floundering in last place with the worst players, they will somehow rise above and give the Dodgers a run for their money. That’s exactly what happened tonight at Chavez Ravine.

The Angels’ starting pitcher (and old friend), Ricky Nolasco, had not won in ten starts and had an ERA over five. For good measure, most hits against him are for extra bases. All of this looked tailor-made for the power-hitting Dodgers, but as Vin Scully often reminds us, “The best laid plans…” turned to dust as Nolasco shut the Dodgers down, and how.

Nolasco held the Dodgers scoreless through six, and the Dodgers never really threatened beyond a couple of loud outs. Nolasco’s luck ran out in the seventh when Yasiel Puig and Enrique Hernandez bounced back to back hits off his legs to put runners on second and third with one out. Nolasco was removed, and the Dodgers finally got to the Angels’ bullpen. Mike Freeman, just called up to the big club, got the pressure PH (although I fail to see why), and he quickly struck out. Chase Utley struck out also and the Dodgers were done.

The one bright spot for the boys was Rich Hill‘s outing. He pitched seven full innings for the first time this season and looked decent doing it. His patented curve ball wasn’t fooling anyone very much, but his fastball clocked in at 90 mph and was an effective strike three pitch.

Hill gave up two runs in the third on a walk, a couple of steals and a couple of hits, and again in the fourth on a lead off triple and a sac fly. The key difference tonight was the Angels came up with clutch hits at the right time, and the Dodgers didn’t.

Yasiel Puig came up big on defense in the eighth when he threw Kole Calhoun out at third base on a single by Albert Pujols.

That was it. That was pretty much the only thing the crowd had to cheer for tonight.

The Dodgers weren’t going to win every game, so a loss at some point was inevitable. I suppose I would rather have this one than some gut-wrenching defeat that keeps me up all night.