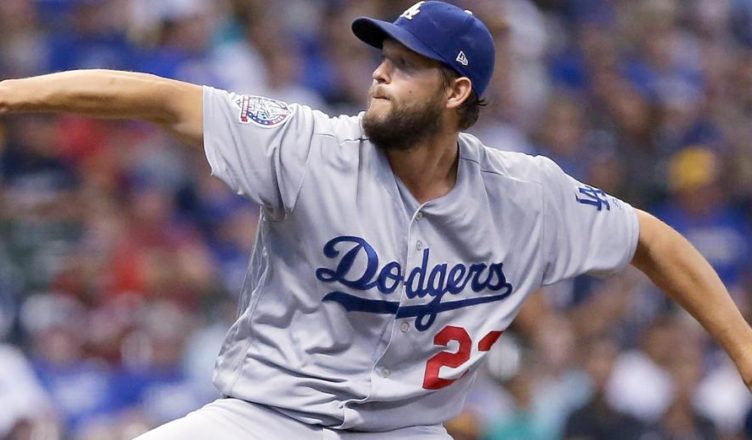 The Dodgers came into tonight’s game having won five of their previous seven and the Brewers had lost seven in a row. The boys were probably feeling pretty good about their chances with Clayton Kershaw taking the mound.
Things started out well enough for the Dodgers as they coaxed 43 pitches out of Brewers starting pitcher Chase Anderson in the first inning. Despite looking on paper like they knocked Anderson around, the Dodgers scored only two runs and left the bases-loaded. They loaded the bases again in the fifth, came away scoreless a second time.
After his shaky first inning, Anderson settled down and began picking off the Dodgers’ batters. He kept their hands tied until the fifth inning, when Clayton Kershaw started things off with a four pitch walk. Before you knew it, the bases were loaded for Matt Kemp. The Brewers switched pitchers and quickly there was a passed ball. Kershaw tried to score from third, and for the second night in a row, a Dodger was clumsily out at home by a mile.
Kemp struck out, and the Dodgers were down to two on with two out. Max Muncy popped up, and just like that, bases-loaded with nobody out was reduced to chum floating on the water.
Kershaw looked pretty good tonight – until he didn’t. He gave up only one run through five innings, but the Brew Crew punched through with a three-run sixth, which was aided by Dodgers errors.
Kershaw started off  the sixth by giving up game-tying solo HR to Christian Yelich. Ryan Braun followed with a double (both hits coming on first pitches)and he came around to score the go-ahead run on a sloppy Muncy error at third base. Kershaw, who had been mostly cruising, was suddenly vulnerable. The Brewers scored another unearned run when Chris Taylor bobbled a ball in right center field, and the inning ended with Milwaukee up 4-2.
Josh “Crazy Tweeter” Hader came in and totally shut the Dodgers down over the next two innings, striking out the side in the eighth.
Knebel came in for the ninth and that was it for the Dodgers. Believe it or not, with two out in the ninth, Logan Forsythe got a hit! That brought Manny Machado up with the chance to tie the game. Machado ground out and the Brewers’ losing streak was over.
Clayton Kershaw took the loss. The rubber match happens tomorrow with Alex Wood taking the hill for the Dodgers.