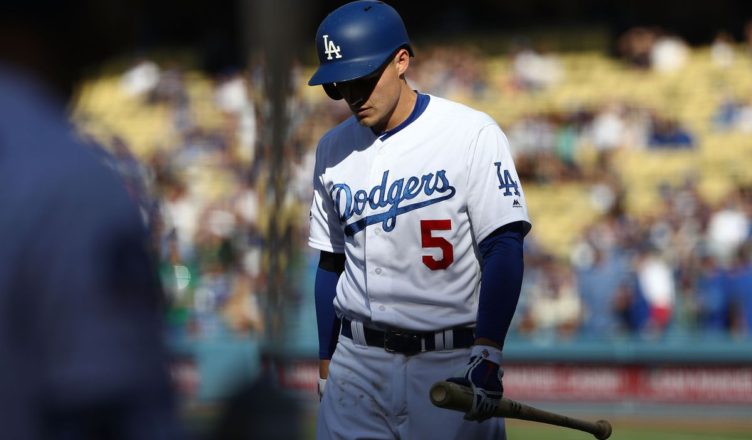 If you remember back in 2016 a season in which the Dodgers somehow won the NL West and made it all the way to the NLCS (losing to the Cubs) completely without a pitching staff, also were a team that were unable to hit left handed pitching. It was easy to beat the Dodgers that season. All you had to do was throw any southpaw out there against them and it resulted in an easy shutout. Late inning relievers had the drop on the Dodgers too. If the opposing pitcher was a left hander, the Dodgers flailed and couldn’t score.

In 2017 the Dodgers fixed this problem and it was a big reason for their success. They weren’t the best in the bigs at hitting lefties, but they were at least respectable. The increased production against left handers led them to a National League pennant.

This season the story has reverted right back to the same old song and dance. The Dodgers suck against left handers again and the word is out amongst the other clubs in the National League. The inflexibility in the lineup has hurt them throughout the season. Sure the Dodgers crush right handers, but the lefties still flummox them.

Even with newcomers Manny Machado and Brian Dozier in the lineup the Dodgers still can’t hit lefties. How bad are the Dodgers against lefties this season? Oh they’re pretty bad all right. According to the numbers the Dodgers are one of the least productive clubs against southpaws in the Majors. Not just in the National League mind you, but in all of baseball.

In 2017 the Dodgers batted .253 with a .789 OPS against left handers. I’m not sure why the big drop in batting, OBP and contact against left handers, but it’s something that could sink them. Guess who the Dodgers have to face on Monday night when the Giants come into town? Yeah it’s Madison Bumgarner all right. Here’s hoping Clayton Kershaw pitches a complete game shutout. Otherwise it will be another pathetic loss in a long line of pathetic losses since the all-star break.