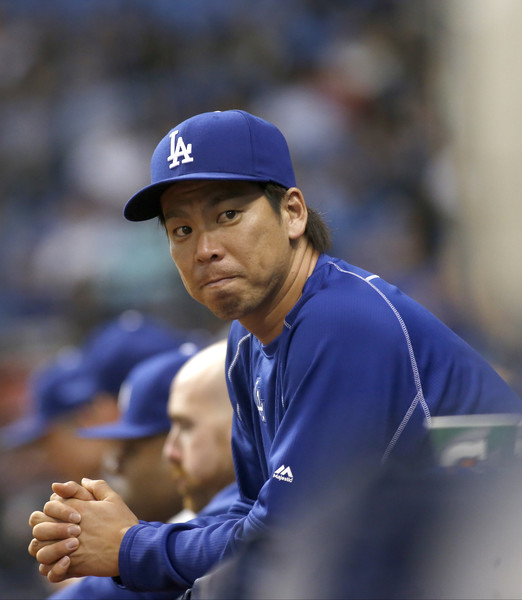 The beginning of the freeway series at the Big A. Kenta Maeda was going to go up against Shohei Ohtani. This game turned out to be a pitcher’s duel with Felix Pena of the Angels in the sweltering heat. In the bottom of the 2nd, Maeda struck out Ohtani. Maeda used his changeup a lot tonight and it looked good. In the top of the fourth with two outs, Cody Bellinger hit a double. Matt Kemp then came up and singled him in and the Dodgers led 1-0.

In bottom of the fourth the Angels got their first hit as Andrelton Simmons hit a double. The perfect game was gone. In the top of the sixth, Cody Bellinger and Justin Turner both walked. Matt Kemp singled in a run thanks to Cody Bellinger’s heads up base-running by getting in a pickle allowing Justin Turner to score and the Dodgers led 2-0.

David Fletcher with an RBI single against Kenley Jansen with 2 outs in the bottom of the 9th, tying the game, 2-2. Ohtani had walked, stole second and went to third on a throwing error by Grandal. #Angels

In the bottom of the 6th, Maeda got into some trouble. Ian Kinsler singled followed by an infield hit by Jose Briceno. Mike Trout would also walk in the inning. Maeda would balk in a run and the score was 2-1. Justin Upton then walked and Scott Alexander came in to strike out Albert Pujols.

That is Kenley Jansen's first blown save since April 17.

The game went along after that and the Dodgers took a 2-1 lead in the bottom of the ninth with Kenley Jansen coming in.  Then the game got weird. Jansen got the first two outs. He then got the first two strikes against Ohtani. He then pitched four straight balls to walk him. Ohtani stole second but what made it worse was Yasmani Grandal throwing the ball into centerfield allowing Ohtani to go to third. David Fletcher then singled him in to tie the score. Ian Kinsler came up and hit a flare to Yasiel Puig who got short-hopped by the ball and bobbled it twice. Puig then threw a laser to home to get Kinsler who was trying to score. The ball bounced in front of Grandal and took a weird bounce past Grandal and the Angels won the game.

44 thoughts on “Dodgers Defense Blows it in The 9th”