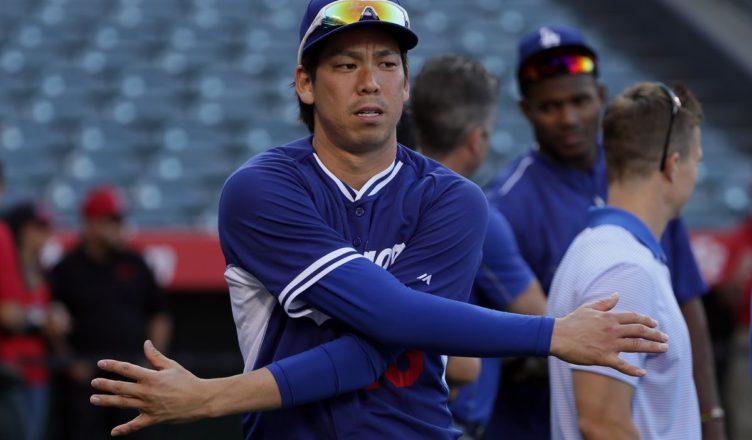 Ok, it’s still Spring Training, so it’s not really that exciting. But it’s still baseball, and it’s fun. Here’s how Game 1 played out.

Ross Stripling and Luis Avilan followed up with equally quiet innings. Stripling had the only blemish with one walk in the fifth.

The game’s early innings flew by pretty fast. The Dodgers were hitting plenty of balls right on the screws, but they were also hitting them right at people. As a result, they went into the seventh inning with a very slim 1-0 lead.

And then the big blue wheels came off the wagon.

Brandon Morrow came in and promptly gave up a double to lose the no-hitter. He eventually loaded the bases and then emptied them (in a bad way).  Morrow faced seven batters, walked two, and gave up three runs on 25 pitches. It was now 3-1 Angels.

Kenley Jansen stepped in for the 8th and promptly gave up a lead off single to number 88. He then settled down and found his groove and his speed. The next three Angels went away accordingly.

In the ninth, after Cody Bellinger went down on a third strike, one-knee swing a la Adrian Beltre, back up catcher Austin Barnes showed him how to properly bash one out. Barnes hit it high and far into the night to bring the Dodgers within one run.

The boys kept the rally going and eventually got two on with two out. Scott Van Lucky to Make the Team came up with the chance to be the hero. He sputtered one at the shortstop and the Angels were the winners 3-2.

Andrew Toles piled up offensive stats with most bases, a double, and a two out RBI.

They go at it again tomorrow in Anaheim. Got it? Not LA – Anaheim.