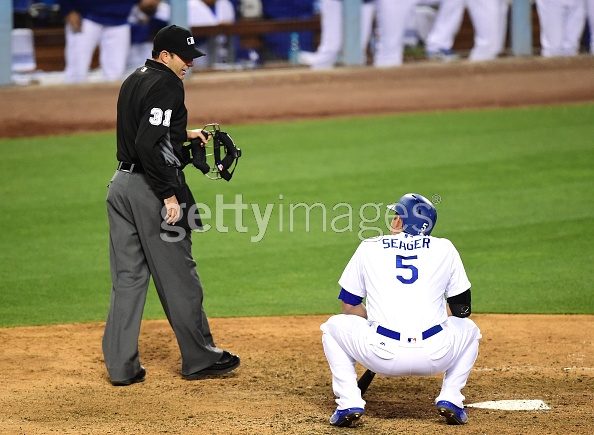 Tonight was the first game of a seven-game homestand at Chavez Ravine, and the first time that Don Mattingly would manage against his former team.

Ross Stripling was on the mound for the Dodgers, and Wei-Yin Chen for the Miami Marlins. The word from Vinny was, if Chen gets three or more runs, he’s 41-10.

Skipper Dave Roberts sent out an all-righty lineup, and after 19 games, Adrian Gonzalez got his first night off of the season.

Nothing much happened for the first three innings, and then Giancarlo Stanton stepped to the plate.

Giancarlo Stanton hit a foul ball that should have been an out. It was a pop up that drifted toward the stands just beyond first base. It was a night off for Gonzalez, so Yasmani Grandal was there. He tracked the ball to the short wall and then just let it drop in foul territory about three feet away.  Stanton got another pitch and he doubled in a run to tie the game at two.

7th inning  Marlins 3-2
Louis Coleman in to pitch.
After a walk, a HR, and a double, Coleman finally found the secret to shutting down and striking out Stanton.

Chen got those three runs, and the Dodgers lost the first game of the series. Which is starting to become a thing now.