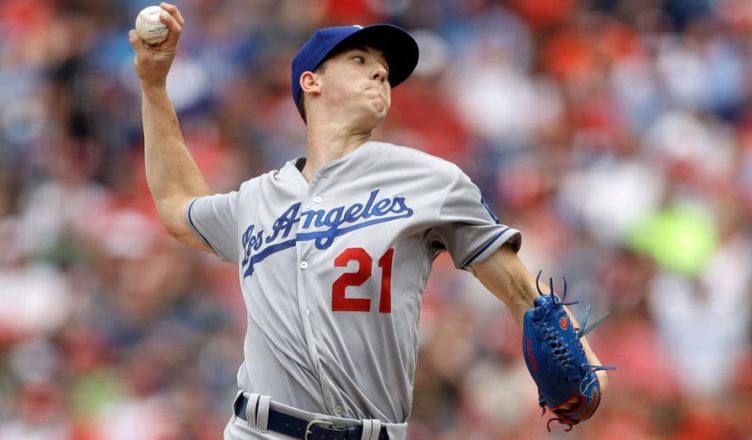 After last night’s extra innings marathon, things figured to come down to which team drank the most coffee for breakfast. Both teams scored early, so it seems the caffeine was flowing in both clubhouses. The Dodgers scored an unearned run off JAke Arrieta, and Dodgers starter, Walker Buehler, gave up a solo HR to Rhys Hoskins, to open the first inning.
Once the teams settled in and the coffee equalized, both offenses shut down – or were shut down by good pitching – depending on whether you’re a glass is half full or half empty type of person.
Both Arrieta and Buehler held their opponents scoreless and relatively hitless for the rest of the first half. Buehler sat ten Phillies in a row at one point. The biggest excitement of the game came from another unfortunate mishap for the home plate umpire. A pitched ball deflected off the heel of the Phillies’ catcher’s mitt and hit the umpire around the throat area. It was a scary moment as the ump straddled on all fours trying to catch his breath. He was eventually alright.
Things got further exciting for Phillies fans when Scott Kingery mashed a solo home run  to break the tie in the bottom of the fifth. Buehler continued to fall down the rabbit hole as he gave up a single and an RBI double. The Phillies went up 3-1, and Walker was sent to a day off.
Scott Alexander came in next, but he turned out to be much worse. He loaded the bases and gave up a base-clearing double. When the inning was over, the Phillies led 6-1.
In the top of the sixth, Max Muncy tried to get the Dodgers back into the game with a two-run HR that brought home Joc Pederson. It was 6-3.
The Dodgers threatened to tie the game in the eighth with two on, two out and Alex Verdugo up, but Verdugo’s long fly ball died at the wall, and with it, the rest of the game. The Dodgers lost the possible playoff match up two games to one, and they did it looking like a team that can’t hold a lead.
The Dodgers next opponent will be the Atlanta Braves. More fun ahead.