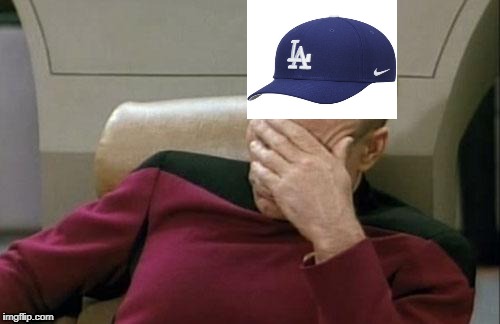 The Dodgers lost again to the Padres, pathetically I might add. The boys in blue dropped the second game of the double-header 7-2 on Saturday evening. The Dodgers continue to play like crap and are awful. The Dodgers have now lost 7 of their last 8 games and there seems to be no end in sight to their horrendous baseball. The Dodgers have lost 6.5 games in the standings in the NL West and some real doubt is starting to creep into everyone’s mind. Meanwhile the Dbacks have won nine straight games and are 14.5 games behind. They were 21 games behind just a week ago. The Dodger’s lead dwindles away.

There’s no time to panic right now. The Dodgers still have a huge lead with just 27 games left to play in the regular season. Their magic number is stuck at 13. However there are some real concerns here on both sides of the ball. I can’t blame anyone for starting to worry about this club. Even during the mediocre month of April they didn’t seem to play this bad.

Once again Yu Darvish was horrendous as he was unable to make it past the third inning. He had no control and did not have the ability to pinpoint any of his pitches. He just looked lost on the mound and the lowly Padres battered him like they were taking batting practice. Darvish tossed three innings and allowed five earned runs on eight hits with three walks. He struck out five and made 88 useless pitches. I have no ideas what’s going on with him, but the Dodgers better figure it out soon. Other than one start Darvish has been quite bad since the Dodgers acquired him.

The Padres scored one run in the bottom of the first inning and then four runs in the third frame. That was all they needed. Despite the Dodgers scoring first in the top half of the opening frame they were never really in this game. Erick Aybar doubled (the second batter of the game) and went to third when Darvish was late covering the bag on a Cory Spangenberg grounder to first. Adrian Gonzalez was way too far off the base so he could only underhand toss to Darvish as he came across for the out. Oh sure the Dodgers challenged the play but they lost that review. Darvish’s foot missed the bag. Hector Sanchez’s grounder scored the first run.

Darvish got through the bottom of the second inning alright, but the third frame was the kiss of death. Carlos Asuaje started it off with a one-out solo home run to tie the score at 2-2. Aybar’s slow bunt single eluded Darvish and the Dodger’s defense and that opened the flood gates. A ground ball single from Sanchez scored Aybar, and then a walk to Jabari Blash kept the torture going. Matt Szczur’s ground ball single got past Gonzo to score two runs. The Padres were now up 5-2.

That’s been the problem lately. The starting pitching this week has been a tire fire of failure. Every game (except the Clayton Kershaw start) the Dodger starters immediately give up runs in the opening frame. Honestly it seems as if the Dodgers take the field already with a deficit. You simply can’t win with starting pitching this poor and everybody is to blame for that one. (points finger at Rich Hill, Kenta Maeda, Hyun-jin Ryu, Brock Stewart and Yu Darvish). Jesus that’s the entire rotation.

The Dodger bats once again were not able to catch up. As if they could. Corey Seager is still out with a sore elbow and manager Dave Roberts keeps shuffling the lineup around giving valuable at-bats to utility players, rookies and aging veterans.

The Dodgers did score first in the top of the first. Curtis Granderson singled and Justin Turner’s double scored him. The Dodgers plated one more measly little run in the third inning. Turner walked and after opposing starter Jordan Lyles uncorked two wild pitches, Yasmani Grandal reached on a walk. Adrian Gonzalez singled into center to score the second run. They had the bases loaded in the fourth inning but Turner grounded into a force out. Gonzo doubled in the fifth but Chase Utley whiffed and Andre Ethier grounded to third.

The Dodgers didn’t get another base runner until Enrique Hernandez’s single in the top of the ninth. Of course Chris Taylor grounded into a double play to end the game. That’s been another problem. The Dodgers are leaving a ton of runners on base. The Dodgers left 8 runners on base in the second game and were 1 for 7 with runners in scoring position. The hits just aren’t dropping in for them like they were earlier in the season.

The stupid lineups don’t help though. As I’ve always said before, if you’re going to lose that’s ok. But lose with your best, don’t lose with your worst. Wait until after you’ve clinched the division before you put rookies, career minor leaguers, utility players, and injury riddled veterans in the lineup. Clinch first, experiment after. Until then the lineup should look the same as it has the entire season. Use the lineup that’s gotten you to where you are. Turner-Taylor-Seager-Bellinger-Grandal- Yasiel Puig batting eighth; that’s the lineup with the winning formula. That’s the lineup that has gotten you the success helping you win 92 games. Even with Seager still out, the lineup should closely resemble the lineup they’ve used throughout the season. Stop tinkering.

The Dodgers now have to win on Sunday just to earn a series split. Then they return home to play a seven game home stand and the first three games are against the red hot second place Arizona Dbacks. Hopefully Alex Wood can give them something tomorrow. This is not fun to watch. 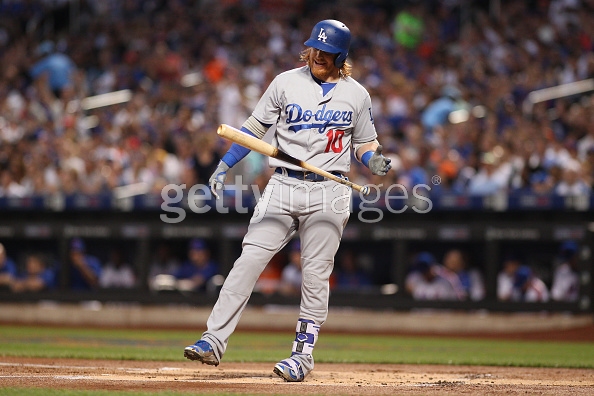 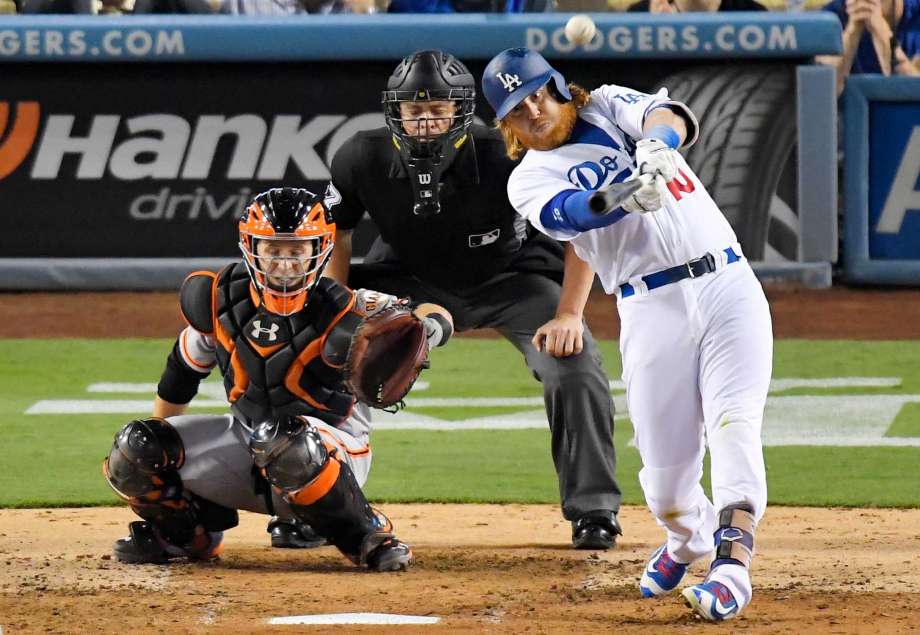 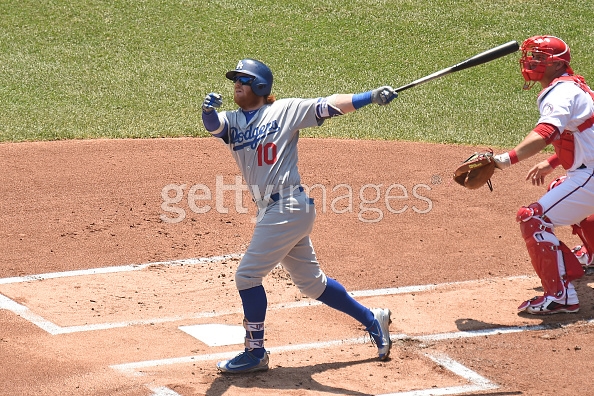 33 thoughts on “Dodgers Lose Again To Padres, Are Terrible”