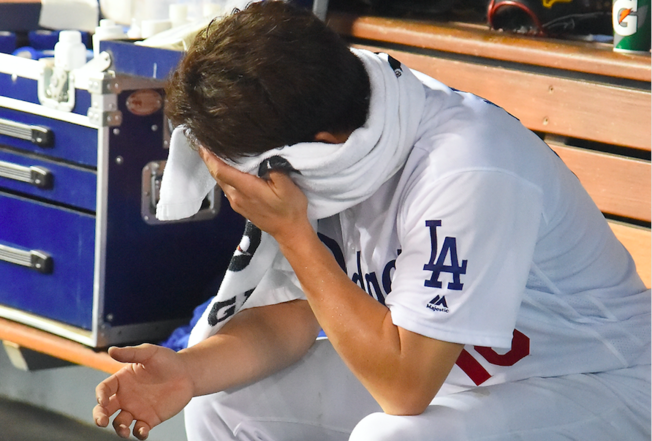 The due to lose/win factor is very important in baseball. No matter how good or bad a club is, they are always due to win or lose at some point. That’s what I was hoping for before the Dodgers and the dbacks played the series finale on Wednesday night at Dodger Stadium. The dbacks had won 12 in a row, and the Dodgers had lost 10 of their last 11 and five straight.

The Dodgers possibly were due to win and the Snakes due to lose a game. But the Dodgers are so bad….so so so terrible that those laws of averages went out the window. As expected the Dodgers lost again 3-1 to the Snakes, as Arizona sweeps the Dodgers yet again. The boys in blue have now lost 6 in a row and the Dbacks have now won a franchise record 13 consecutive games. The lead continues to dwindle and is now down to 10.5 games. It was once at 21 games. There are still 23 games left to play and don’t think for an instant that this pathetic stretch can’t last for another 23 games because it very well could.

Before the game the Dodgers recalled Joc Pederson and called up rookie hurler Walker Buehler. The young pitcher didn’t appear in the game, although it wouldn’t make much of a difference. The Dodgers can’t score and they would have to pitch a shutout in order to win. Not going to happen against most major league clubs.

You can’t blame this on Kenta Maeda. He was terrific as he allowed just one unearned run on four hits while striking out 8 across five strong frames. He came out of the game with the score tied at 1-1 so he didn’t take the loss.

The Dodger offense was pathetic again. They scored just one run and tallied only four hits. The Dodgers had three walks and were 0 for 4 with runners in scoring position. They left five men on base and never really threatened.

Arizona starter Taijuan Walker picked up the win by tossing six innings allowing just one earned run on four hits and striking out four. He walked three and was in control throughout the game. The Dodgers can’t hit anybody, let alone score more than one run.

The Dodgers did take the lead early in the bottom of the first inning, scoring their only run of the ball game. Chris Taylor’s sharp line drive to third ate up Arizona third baseman Jake Lamb and Taylor had a double. After a Curtis Granderson fly ball advanced Taylor to third, Cody Bellinger’s fielder’s choice grounder (Justin Turner drew a walk in the previous at-bat) scored Taylor to put the Dodgers up 1-0. That was all from the Dodger bats. FOR THE REST OF THE GAME. You and I can’t be surprised by this.

Maeda was shaky at first allowing back to back singles to David Peralta and Chris Iannetta in the top of the first. But he worked his way out of it, getting Lamb to fly out to the wall. He struck out four homer J.D. Martinez and Daniel Descalso also flied out. Granderson made the play interesting when he lost the ball in the lights and had to dive to make a snow cone catch.

The Snakes tied the game in the top of the second, but it certainly wasn’t Maeda’s fault. A.J. Pollack reached on a fielding error from Taylor which should have been a routine out. Pollack stole second and then Brandon Drury was struck out. Ketel Marte lines out to left, but then Walker (The pitcher!?!?!) doubles to center to score Pollack. Tie game.

Yasiel Puig walked to lead-off the bottom of the fourth, but was immediately thrown out trying to steal second. Of course. Josh Fields pitched a scoreless top of the sixth. Good to see him back. Things got worse for the Dodgers because when do they not?

Move to the bottom of the sixth and Justin Turner, and Yasmani Grandal both strike out. Turner got called out on a questionable called third strike. After the inning was over Turner was ejected from the game for arguing balls and strikes from the dugout by home plate umpire Chad Fairchild. Logan Forsythe took over at third base. Awesome.

The dbacks scored two runs to go ahead for good against left hander Luis Avilan in the top of the seventh. Marte singles to right, and pinch-hitter Adam Rosales immediately doubles him in to put the Dbacks up 2-1. The suck wouldn’t stop there. David Peralta singles and after Iannetta struck out, Lamb was retired on a soft grounder. Martinez was intentionally walked and with the bases loaded Avilan hits Descalso with a pitch to force in a run. The Snakes take a 3-1 lead. Josh Ravin had to come in to get the last out, but we all knew it was over.

Everyone is saying not to panick. I’m not panicking, I just expect the Dodgers to lose every game no matter who or where they play. And well….they are.

The losing continues on Thursday as the Colorado Rockies come in for a four game series to end the home stand. Clayton Kershaw takes the mound and Colorado will counter with Jon Gray. Don’t worry Kershaw has to only pitch a shutout to win. Good luck Clayton. 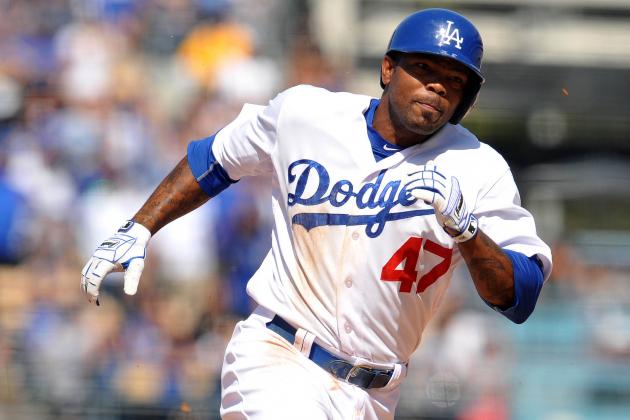 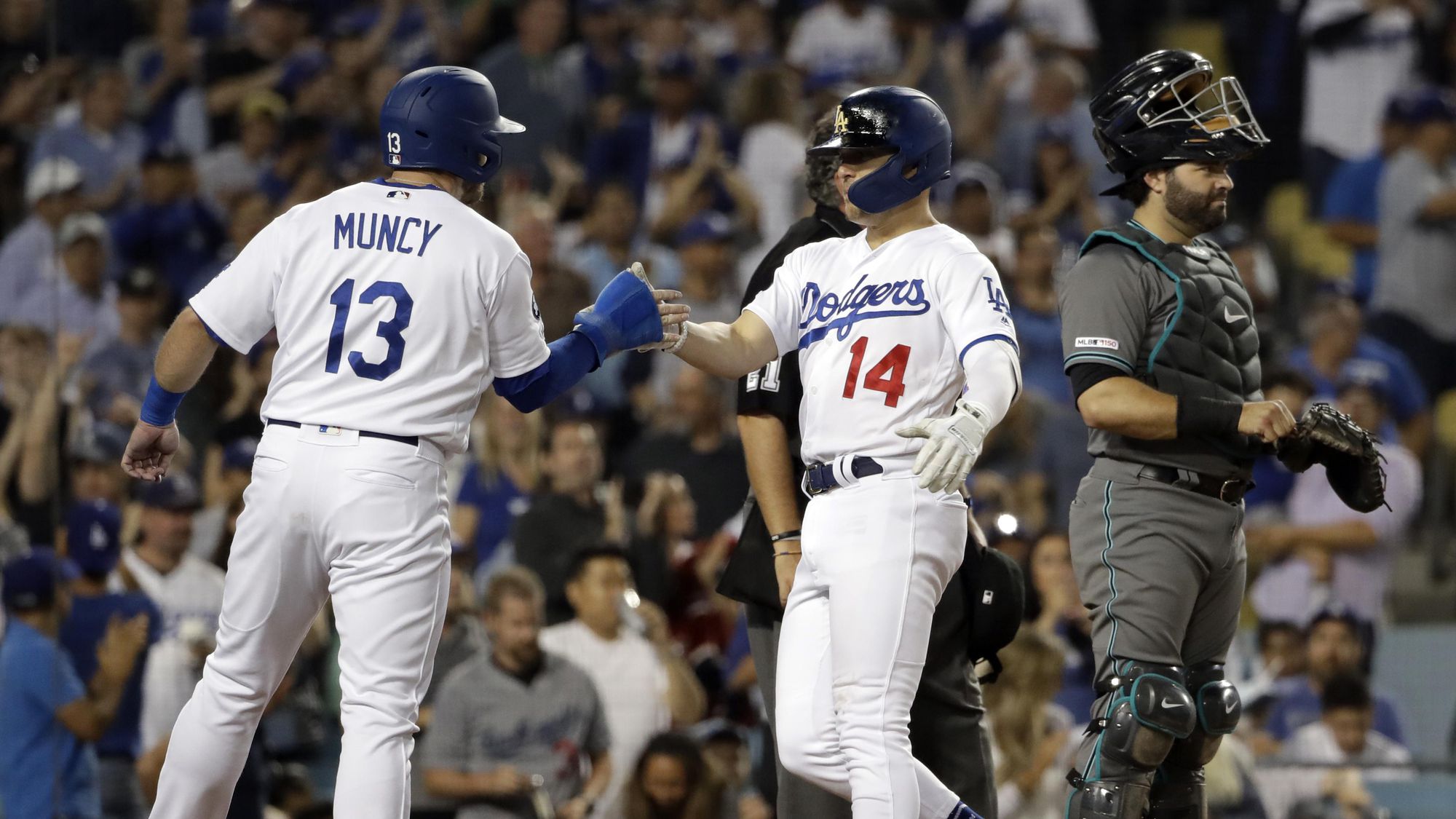 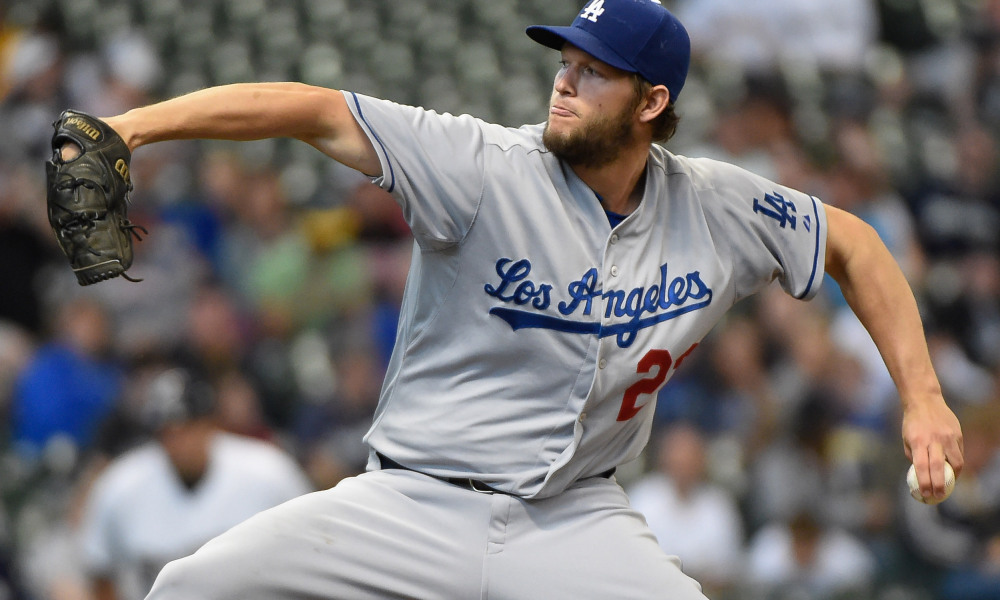