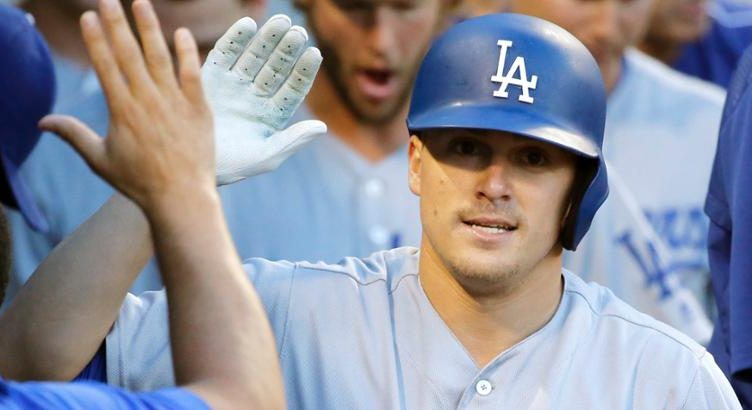 The Dodgers almost always win when they score first, and they set out to make that happen once again when leadoff batter Chris Taylor sent a ball screaming out of the stadium in the top of the first. That was only the first of four bombs the Dodgers unleashed on the White Sox, with two by Enrique Hernandez and another hit by Corey Seager.

Kenta Maeda gave everyone a bit of worry when he gave up a first inning home run, but the boys quickly let Maeda know they had plenty more runs in their bats tonight, as Kike went out and put the Dodgers ahead to stay with the first of his two homers in the second inning.

Maeda settled down after the home run and held the Sox scoreless over the next four innings. He picked up the win (and an additional cool million by making his 15th start) but still only went five innings. He gave up five hits and struck out three. Ross Stripling took over in the sixth and blanked the Sox until the game was called for rain in the eighth inning.

The Dodgers’ big inning was the sixth. They scored four runs, and amazingly, they did it without a single home run. They did it with singles and doubles, and good old-fashioned base running. It’s been a while since I saw an extended rally from these guys, who have really established themselves as a team of mashers. They now have seven different players with ten or more home runs apiece.

With the boys ahead 9-1, the game was called in the bottom of the eighth. Due to a downpour – of Dodgers runs – and some rain.

The Dodgers return home for an extended homestand that runs until the end of the month. Next opponent: Atlanta Braves.

28 thoughts on “Dodgers Sweep Fourth Team in a Row. Only Slowed by Rain”