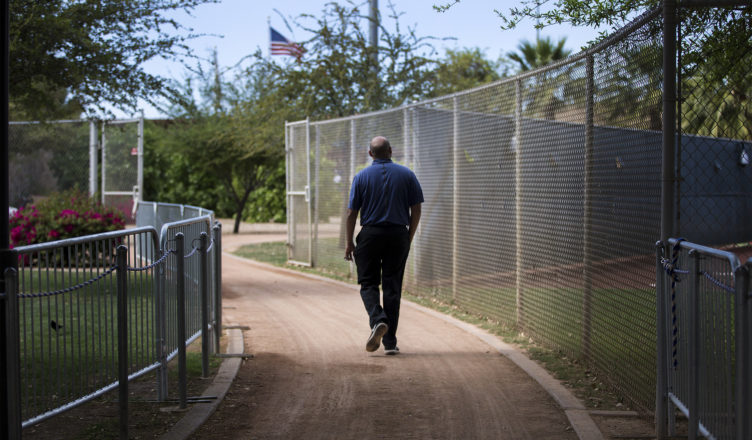 It arose just days ago in the post-World Series hot takes of Twitter. Today, the biggest Dodgers story around jumped the rumor mills when it was reported by Jon Morosi that the San Francisco Giants are prepared to offer a front-office job to current Dodgers General Manager, Farhan Zaidi.

There’s a fair amount of teeth gnashing going on over the question of how badly the Dodgers organization would be damaged if Zaidi actually jumped ship and joined the enemy. I’m sure a percentage of Friscans will jump into McCovey Cove with excitement over the hiring of Zaidi, something that they would see as a major coup. The Giants organization and plenty of their fans would see the hiring as stealing The Blue Diamond of Chavez Ravine from their  Southern California rivals.

I”m here today to let you know that I don’t see that potential move as disastrous as all that. In fact, I’m taking the position that Zaidi moving on would be a good thing for the Dodgers. This could be the addition (by subtraction) that leads the team to finally find a way to strike a balance between analytics and data-driven personnel decisions and using the gut feeling of a smart field general in the heat of in-game battle – which I see as the final piece of the puzzle that will bring the World Series trophy to Los Angeles.

You may find yourself asking, “Why would Oscar take such a ridiculous stance as ‘The Dodgers can afford to lose the talents of Farhan Zaidi?” I base this on the fact that Zaidi has gone about as far with the Dodgers as his talents can take him. He’s fired off his spitball. The kid is done.

Let’s begin with the point that many overestimate the impact that Zaidi had during his tenure with the Dodgers. Zaidi supporters would have you think that when he replaced Ned Colletti as General Manager in 2015, the Dodgers organization was in a shambles and undergoing a postseason drought as had never been seen before. One would think Zaidi resurrected a dead franchise. That couldn’t be further from the truth.

Two seasons before Zaidi rode into town, the Dodgers’ 2013 and 2014 campaigns brought back-to-back National League West championships to Chavez Ravine. While Colletti’s teams fizzled in both National League Championship Series (which was a major factor in his being shown the door), it’s important to note these were also the years that Clayton Kershaw established the foundation for his reputation as a postseason choke artist.

Despite those playoff failures, Ned Colletti planted the seeds of Zaidi’s Dodgers, and those young Dodgers were already showing dividends. Zaidi had enough common sense to recognize the level of talent that he inherited in the farm system. He was partly forced into using those farmhands quickly by the Dodgers’ mandate that he get Colletti’s high player salaries under control and the team out from the grips of the MLB Luxury Tax.

Make no mistake, Zaidi carried out the initial parts of the new Dodgers’ program with unexpected success levels. The Dodgers continued their streak of NL West championships, and at times looked like a Blue powerhouse doing so. Zaidi benefited from young players having career years upon their bursting onto the diamond. This painted the misleading portrait of a homegrown steamroller that Zaidi created and was now being skillfully driven with his genius analytical baseball philosophies.

Despite his successes, Farhan Zaidi has two major shortcomings. One is his subpar assessment of a team as a whole –  in terms of what holes exist on the field, and which players to grab from the outside in the hopes of plugging them up. To be fair, Zaidi’s hand was limited by Dodger ownership’s insistence upon bargain-basement replacements, which resulted in player reclamation projects that more often than not fizzled out. When Zaidi did make grabs of big names, he chose Yu Darvish in 2017 and this season, Manny Machado. At best, his record with that market remains murky.

Zaidi failed to recognize and act on what many observers, including myself, saw as the 2018 Dodgers’ weakest link – the bullpen. That failure to address the bullpen’s liabilities directly led to starting pitchers Kenta Maeda and Alex Wood being pushed into roles they neither wanted, nor were very much good at over the long haul.

Perhaps Farhan Zaidi’s biggest shortcoming is the heavy hand that he seems to use with his field managers. Shortly after Don Mattingly left the Dodgers for the Miami coast, he revealed his hands were tied at times, with Zaidi controlling  some of the most questionable and costly decisions made during the Dodgers’ 2015 NLDS loss. 2016 saw Mattingly out and new manager Dave Roberts. The team won its fourth consecutive NL West championship, but was stopped short of the World Series when they were beat in the NLCS by the Chicago Cubs.  They finally made it into the Fall Classic last season, but lost to the Houston Astros in seven games. There weren’t any Mattingly-like rumblings from Dave Roberts following any of those losses.

That said, after Game 4, one of the most heartbreaking defeats for the Dodgers in the 2018 World Series, Dave Roberts was raked over the coals for his decision to use Ryan Madsen in a high leverage situation, despite Madsen’s previous record of allowing every one of his prior inherited runners to score. Roberts was peppered with questions over why the Dodgers’ most effective relievers, Julio Urias and Javier Baez, were not used in that game. After first insisting that he felt Madsen was the best man for the job at the time, Roberts later revealed that he had been told “by the organization” that neither Baez nor Urias was available to pitch. That smelled to the top of Dick Mountain like Farhan Zaidi’s aforementioned, postseason heavy hand.

Zaidi’s baseball formula, while successful, is just that – a formula. Furthermore, it’s one the Dodgers organization should have learned deeply enough by now to employ without him. I’ll admit baseball analytics is numbers crunching that I don’t fully understand, but it’s been around Major League Baseball long enough to be employed by any number of qualified stat-readers who have long enough track records to show they know the proper sequencing for entering baseball numbers into a computer.

Farhan Zaidi isn’t the only guy in town with a slide rule, but he is that guy who will insist on blind adherence to analytics when the eye test of a game in progress should take priority. That’s a problem. One that the Giants can unwittingly fix.

It’s a fairly safe bet the Dodgers are going to re-sign Dave Roberts. I’m willing to give the man the benefit of the doubt that he understands the game well enough to be given a freer hand in in-game, decision-making. Roberts clearly bought into the idea of baseball analytics, otherwise the Dodgers would never have hired him in the first place. He’s been around the organization long enough to see the value of 21st century, numbers-driven baseball, but he’s also been around the game long enough to know it’s played by men, not algorithms. It’s time for the Dodgers to evolve past Farhan Zaidi and advance to the next level – World Series Champions.

14 thoughts on “Farhan Zaidi to the Giants Sounds Fantastic!”