When Justin Turner was sent down to the disabled list for the start of the 2018 campaign, Enrique Hernandez surely sat up and recognized this as his chance to break into the Dodgers’ lineup as an everyday starter.

Although Turner won’t be needing surgery for his fractured wrist (due to being hit by Oakland starting pitcher Kendall Graveman), he will be out of action for at least a month. The Dodgers have long preached about being a team of depth, and once again, that theory is being put to the test. They’ve got a variety of ways to move their blue pieces around and still field a division champion-caliber team. Players involved in switches could be Enrique Hernandez, Chase Utley, Logan Forsythe, Chris Taylor and Kyle Farmer.

Initial comments from the Dodgers indicate Taylor will remain as the everyday center fielder, Forsythe will shift from second to third base, and Kike and Utley will platoon at second. Sure, that’s the conventional, by the numbers way to handle things – but then again, living by that conventional, by the numbers bible is one of the reasons the Dodgers came up a game short in the World Series.

They really should consider taking off their “stats run everything” hats, and consider giving Kike the job as the starting second baseman right from the get go, and leaving him there until he shows that he can’t handle playing every day – or he rewards their confidence in him with the solid kind of season that he believes (as do I) he can deliver.

Hernandez has declared that he doesn’t consider himself to be a platoon-level player anymore, and he wants a job as an everyday starter. Those are big words, but Kike worked hard over the offseason to be able to back them up, and so far, he’s doing a bang up job in Spring Training. His ST slash line is  .282/.404/.641/1.045. He’s putting up equally impressive numbers against RH pitchers: .310/.459/.724/1.184.

Tell me again why Utley should be starting over Hernandez against RH pitching?

As far as defensive prowess between the two, I have to give the edge to Hernandez. He played 30 innings at second last season, but he played so few innings there because he played seven positions across 800 innings. The only thing he didn’t do was pitch or catch. In comparison, Utley only played first or second base in just over 650 innings. Hernandez clearly has the physical abilities to man the middle over the long haul.

Finally, there are the intangibles. Kike is the type of player who excels in the spotlight, and when the team’s fortunes are on the line. Sure, Utley has had his big moments, but when was the last one? Hernandez came up huge in the postseason last year, while Utley just looked tired and spent – and he’s now another year older and slower.

Enrique Hernandez has worked up to this moment all his life. He’s prepared himself to be an everyday player in the big leagues, and has shown consistent improvement toward that goal. He’s earned this shot, and the Dodgers would do well by giving it to him. 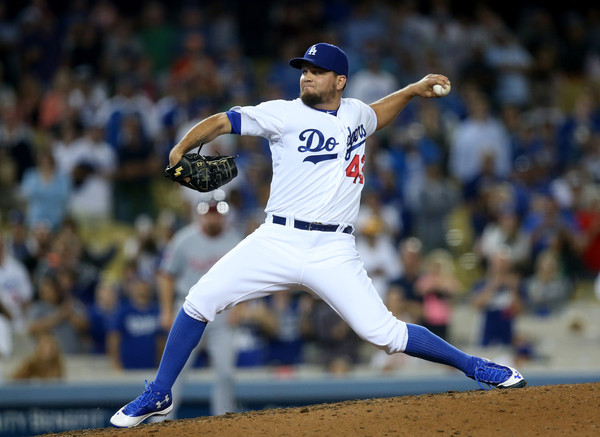