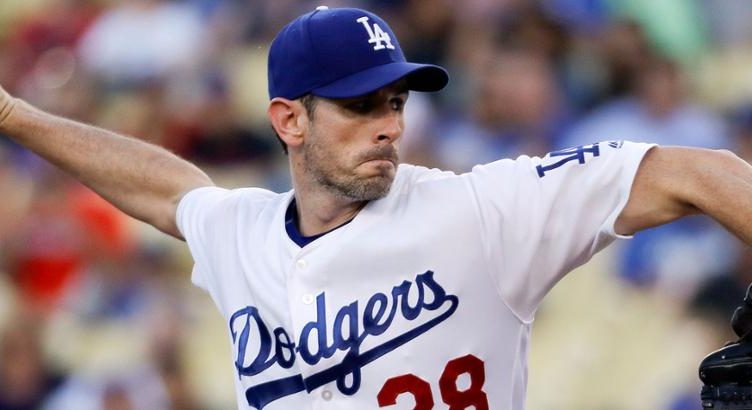 The Braves had two runs in the bank before the seats were warm, but the Dodgers punched back quickly, and the score was 2-1 after one inning.

McCarthy appeared to settle down and had a good second inning, but the Braves got right back at him, scoring one in the third, and three more runs in the fourth inning. That was it for McCarthy, and spoiler alert – that was it for the Dodgers. But the boys didn’t just roll over and succumb. Far from it – they almost came back to win.

Yasmani Grandal got the start despite enduring a root canal this morning, and while folks were expressing dismay over why Austin Barnes didn’t get the start, Yaz simply picked up the gauntlet and smashed a two run home run to wake up the crowd and the team in the sixth inning. The Dodgers were down 6-3, but everyone knew they weren’t out of it.

Yaz and Chris Taylor got together on a brilliant defensive play to save a run in the eighth inning. Matt Adams was trying to score from second on a single to Taylor in left field. Taylor threw on time, but a bit high, so Yaz had to leap to catch it. He came down just in time to block Adams at the plate with his tree trunk legs. The Braves tried a replay challenge, but the call stood. Adams himself didn’t stand for about 20 seconds after the dust cleared from the play. It was Chris Taylor’s fourth assist of the year.

The Dodgers came up in the ninth and they gave the fans a thrill as they came close to tying, if not winning the game. Root Canal Grandal started off the inning with a double. Joc Pederson hit a screamer to left, but Matt Kemp wasn’t there anymore. Santana caught the ball on a running grab that Kemp never would have made. One out.

Yasiel Puig got a ball to hit, but he grounded a roller right up the middle for the second out. Austin Barnes walked, which brought the tying run to the plate. Trayce Thompson came in to PH, and he popped one up between second base and center field. Camargo, the second baseman, chased it down with his back to the plate. He made a great catch to end the inning and the game.

Alex Wood takes his 11-0 streak to the mound tomorrow night. Don’t miss it!