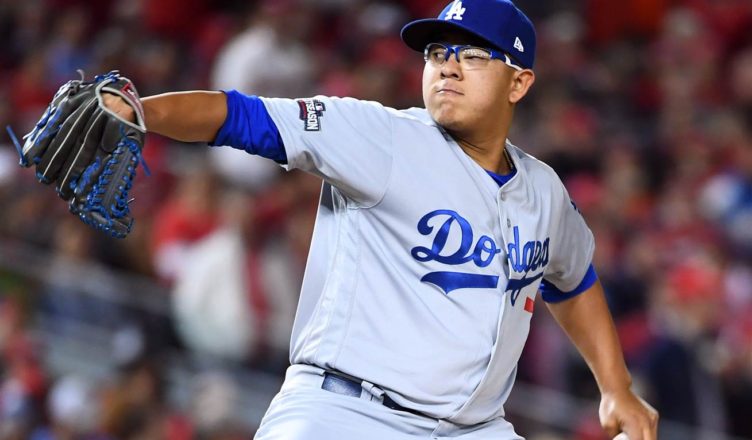 Julio Urias took the mound for his Cactus League debut this afternoon, and he faced the Rockies. The plan was for Urias to pitch one or two innings, based on how his first inning went.

After giving up two hits and one run, the kid was done (sort of). He tossed 14 pitches and notched two strike outs. The skipper pulled Urias from the game, but he threw one more simulated inning in the bullpen.

Per Bill Plunkett, LA Times: Julio Urias said he feels “more comfortable” in big-league camp this year “but I don’t feel as if I can stop fighting for a spot on the team.”

O’Koyea Dickson also joined in the fun and hit a home run of his own.

The former skipper, Tommy Lasorda was at the game, bringing good luck to the boys, who went on to smash the Rockies 14-3.

The Dodgers clearly believe  Cody Bellinger is the real deal, and they plan to get him as much playing time as possible this spring. While they don’t plan for Bellinger to start 2017 with the big club, they see more professional at bats as a valuable tool in his development.

The Dodgers may be thinking plenty of Bellinger-time is good insurance in the event the Butter and Eggs man should go down or otherwise peter out mid-season.

18 thoughts on “Julio Urias Debuts and Lots More From Camelback”