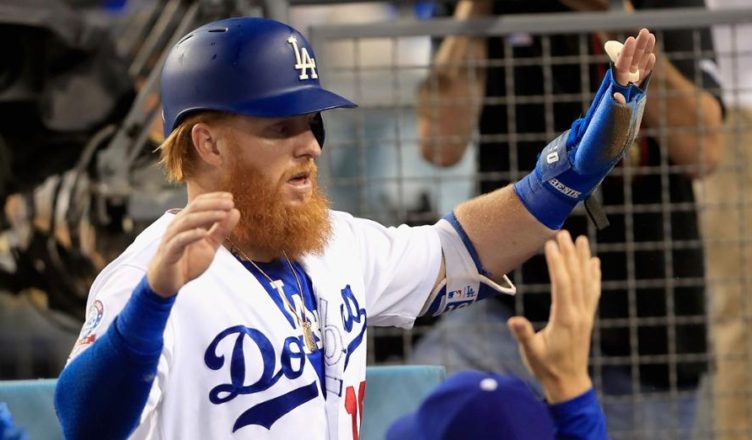 As the Dodgers turn a corner and head into the final lap of the season, it’s clear that nothing is clear about their chances for the NL West crown. They’ve been playing roughly .500 ball over the past month, so so nobody is sure which direction this team is headed, except of course, for the pessimists and optimists among us.
The Dodgers open a three-game series against the St. Louis Cardinals two games out of first place in the division, and five games behind in the wildcard chase. As Clayton Kershaw recently said, “We had better get going. We had better get good fast.”
The next 13 of 15 games are going to be played at home, and it was announced before the game, that closer Kenley Jansen had been cleared medically, and was eligible to play, so the conditions are set for the Dodgers to make their move.
The Dodgers sent Alex Wood to the mound, and things started out much like they’ve been going for August. Wood gave up a first inning solo home run to Jose Martinez and the Dodgers offense remained mostly quiet for the first four innings of the game. They were landing base runners, but weren’t able to drive them in. After four, they were 1 for 8 with men on base.
The cards scored again in the fifth on a double followed by a single with a Matt Kemp error attached. After a balk, and with two men on and no outs, Alex Wood’s night was done.
JT Chargois didn’t fare much better. He faced one batter, walked him, and was pulled with “neck discomfort”.
Enter. Pedro Baez. He surrendered one run, but that was all.
The boys woke up in their half of the fifth. Brian Dozier walked, Justin Turner doubled, and Manny Machado singled in Dozier with the Dodgers’ first run of the night. Cody Bellinger picked up Turner with an RBI sac fly. That was all they got, but they were now within one run, 2-3.
Things stayed quiet until the bottom of the seventh, when with 2 on and 2 out, pinch hitter Max Muncy ripped a 103 mph pitch into left field and brought home the tying run. Turns out it was the fastest pitch safely hit this season.
Meanwhile, Kenta Maeda was getting the Cards to swing at air. Two perfect innings with 4 Ks.
With the score tied, Dave Roberts brought in Kenley Jansen. His first pitch was quickly deposited into the L-CF bleachers. Then the next batter took him deep. Back to back home runs, and it was suddenly 5-3 Cardinals.
And that’s how it ended. With the Dodgers striking out in the ninth, after their closer coughed up the winning runs. Nothing’s changed so far.