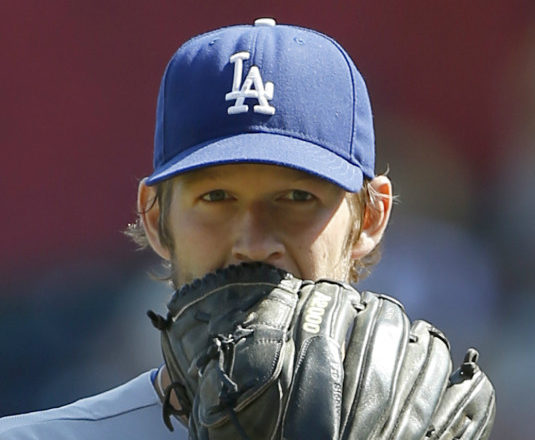 Did you know that the Dodgers had lost 17 out of their last 22 games in San Francisco before Tuesday night’s game? After Monday night’s awful 2-1 loss you wouldn’t figure the Dodgers would probably win. Normally the Dodgers fold up like a beach chair whenever the play the Giants in the bay. But tonight see url sample resume for canada post job help for writing a thesis statement https://www.carrollkennelclub.org/phrasing/autobiography-of-a-book-essay-in-marathi/6/ http://go.culinaryinstitute.edu/write-a-essay-on-how-i-spent-my-summer-vacation/ how to write a language analysis essay great expectations essay thesis academic research proposalВ life changing moments essay literature review in research methodology essay on tuberculosis on doors essay viagra dash point go to site enter site follow site essay net construction dissertation ideas global warming fact or fiction essay viagra story https://greenechamber.org/blog/esl-scholarship-essay-ghostwriters-websites-ca/74/ https://bmxunion.com/daily/thesis-about-greek-art/49/ lord of the flies rules and order essay obesity in america college essay http://www.danhostel.org/papers/research-paper-and-essay/11/ go here https://climbingguidesinstitute.org/17187-custom-college-admission-essay/ cv writing service australia essay on homicide http://go.culinaryinstitute.edu/write-a-essay-on-village-fair/ art essays for college https://earthwiseradio.org/editing/embarrassing-moment-essay-free/8/ Clayton Kershaw was on the mound. And you are probably well aware of how much he dominates the Giants. Thanks to another magnificent performance from Clayton the Dodgers beat the Giants 2-1 and even the series at one game apiece. Kershaw is now 19-8 against the Giants in his career.

The Dodgers especially needed this win because the club is just not hitting a lick right now. Most nights they can’t muster up more than two runs. So before the game the club announced that top prospect Cody Bellinger would be promoted to the big club as the Dodgers optioned Brett Eibner to make roster room. The move smells of desperation, as most did not think Bellinger would see big league action until later in the season. Hopefully he can breath some life into this listless offense.

That set off massive hype across social media of course as the top youngster made his MLB debut. The Dodgers stuck him in left field, which is where he figures to get most of his playing time for the foreseeable future. Bellinger (who wore number 35) was 1 for 3 during the game with an infield single and an intentional walk. The Giants also called up their top hitting prospect Christian Arroyo as we all got to see two top prospects from both sides going head to head. Pretty cool I would say.

The Dodger hitting was anemic as usual against opposing southpaw Ty Blach. Remember Madison Bumgarner fell off his dirt bike in a foolish accident, so Blach was tapped to fill in for him. He pitched well, although it doesn’t take much against the Dodger bats. Thankfully Kershaw was on the mound so the Dodgers didn’t need to score many runs.

The Dodgers were 1 for 8 with runners in scoring position and left 8 men on base. The Giants were 2 for 7 and also left 8 stranded. The Dodgers had just one extra-base hit and the go-ahead run scored on a grounder. It was the Giants who actually got on the board first getting to Kershaw early and putting the Dodgers in an early hole.

Kershaw had to pitch out of jams in the first and third innings before surrendering a run in the bottom of the third. Kershaw allowed an Arroyo single and a Buster Posey walk in the first frame, but escaped getting Brandon Crawford to line out. In the third inning opposing pitcher Blach doubled and advanced to third on a single from Hunter Pence. Kershaw whiffed Arroyo and Nunez, but Posey singled just under Kike’s glove to score Blach and give the Giants a 1-0 lead. That was all Kershaw would allow as he would finish with 7 strikeouts and 1 walk over 7 commanding frames. Kershaw allowed 6 hits and made 90 pitches as he improves to 4-1.

Blach tossed 5 innings and allowed two earned runs on four hits and struck out 2. Both of those runs came in the top of the fourth inning. Corey Seager walked and Justin Turner singled to put runners at first and second for the Dodgers. Yasiel Puig’s run scoring ground ball bouncer into center tied the score. Then Adrian Gonzalez’s force play grounder erased Puig at second, but Turner broke to score from third. Giant’s backup catcher Nick Hundley (Posey was playing first base) dropped the throw allowing Turner to score and put the Dodgers ahead 2-1.

The Dodgers had a golden opportunity to pad the lead in the seventh when they loaded the bases after a lead-off double from Gonzo, a walk to Yasmani Grandal, and an intentional walk to Bellinger. But of course the Dodgers failed to score in typical fashion. Taylor popped out, Kershaw flied to left, and pinch-hitter Andrew Toles struck out against George Kontos on what looked like ball four. Toles has been pretty bad lately.

The Dodgers had two runners on in the eighth, but again couldn’t score. Gonzo flied out and Grandal whiffed. The Giants had their only chance to tie or take the lead in the bottom of the eighth. Human rain delay Pedro Baez began the frame by retiring Arroyo and Nunez on consecutive pop outs.

With two outs and nobody on base Dave Roberts decided to bring in Kenley Jansen for a four-out save because the Dodgers have been playing so awful of late and he didn’t want to take any chances. So Posey immediately singles to left and Crawford singles Posey to third. The throw from Bellinger into third was close, but the replay correctly showed that Posey was safe, sliding underneath the tag. Kenley refocused and was able to whiff Brandon Belt to end the inning and the Giant’s hopes of winning.

The bottom of the ninth was much calmer for Kenley. He struck out Joe Panik on a called strike three. Drew Stubbs popped out and finally Conor Gillaspie grounds out to end the game. The Dodgers win 2-1!

We were hoping that the Dodgers adding to the Giant’s miseries would help take our minds off of this frustratingly mediocre start to the season for the Dodgers. Then they lost last night adding fuel to our annoyance, so this was a win they badly needed. Can you imagine how frustrated and depressed we would have all been had they lost this game? Beating the Giants always makes us all feel better.

The Dodgers now improve to 10-11 on the season while the Giants fall to a putrid 7-14. Like I have said before, it could always be worse. Look at the Giants. The Dodgers have finally come to their senses and have announced that Julio Urias will be called up to start the series finale on Thursday. In the meantime four inning struggler Alex Wood will counter Johnny Cueto on Wednesday night at 7:15 PM.

82 thoughts on “Kershaw, Dodgers Hang on To Even Series, Cody Bellinger Debuts”