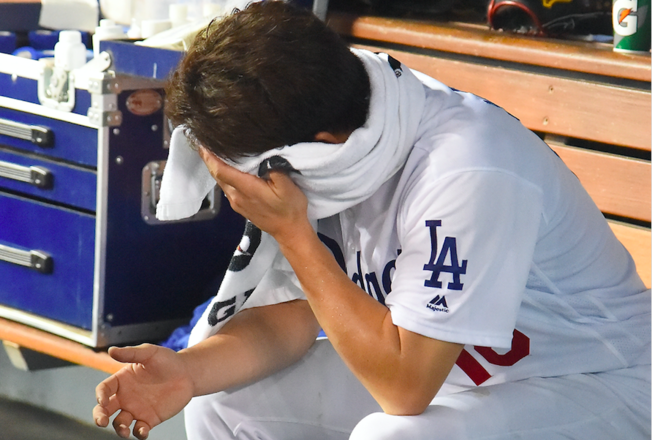 Alex Wood took on Chad Bettis of the Rockies in this the third game of the four game series. The top of the 2nd the Rockies got it going. Dodger killer Gerardo Parra hit a double. Trevor Story then hit a two run shot. Charlie Blackmon then singled in a run followed by Nolan Arenado singling in a run and the score was 4-0. Once again the Dodgers starting staff has the Dodgers behind the 8 ball.

In the bottom of the fourth, Chris Taylor ended up on second base due to an error by the Rockies. Justin Turner then singled him in. Cody Bellinger then hit a double. Yasiel Puig then hit a double to score two runs to make the score 4-3. In the top of the fifth with the Dodgers needing Alex Wood to put up a zero. He starts the inning by giving up a single to Mark Reynolds. Trevor Story then doubled him in to make the score 5-3.

In the bottom half Andre Ethier came up and hit a pinch-hit home run. Maybe he can play because Joc Pederson, and Curtis Granderson haven’t been doing anything. Chris Taylor ended up on second. Turner and Bellinger couldn’t get him in. In the bottom of the sixth, Logan Forsythe hit a double but Joc Pederson left him stranded.

In the ninth inning, Kenley Jansen came in and gave up a double to Arenado. The Dodger killer then doubled him in and the Rockies led 6-4. Chris Taylor misplayed a ball in the outfield. In the bottom of the ninth, Logan Forsythe hit a solo shot to bring the Dodgers within one. Pederson and and Granderson came up and predictably made two outs. The Dodgers would lose 6-5.

Going forward Austin Barnes should play catcher instead of Grandal who is in a horrid slump. Hopefully Forsythe can get going or Taylor could take his spot at second base. For now Taylor can stay in the outfield. I would like to see Ethier in the outfield instead of Granderson. So Rich Hill will be on the mound tomorrow to try and salvage a game. 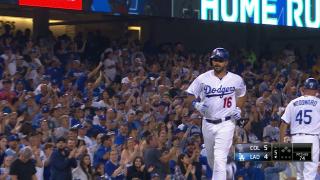