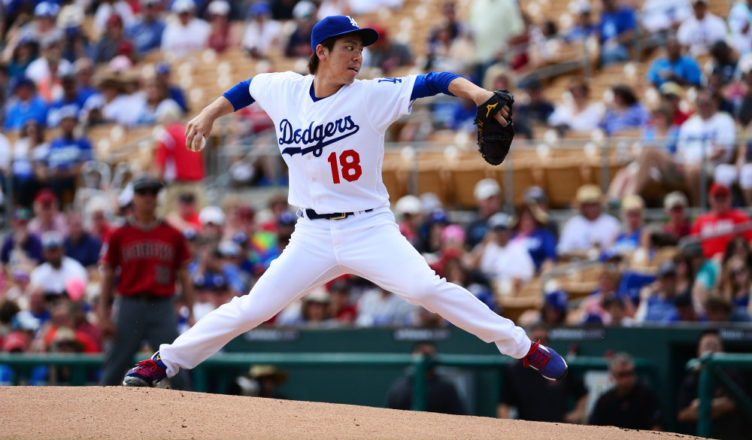 The Dodgers came out on a mission. Chris Taylor started off with a walk against Derek Holland. Kiki Hernandez then came up and got a double. Yasiel Puig then hit a sacrifice fly to score the Dodgers first run of the season. Matt Kemp then singled in a run to make the score 2-0. In the bottom of the third Chris Taylor tripled. Hernandez followed that up with a sacrifice fly to make the score 3-0.

Justin Turner is headed to Camelback Ranch to continue rehabbing his broken wrist. That means baseball activities will soon resume.

In the bottom of the fourth with two outs, Kyle Farmer hit what seemed to be a fly ball. Gregor Blanco misplayed the ball and the Dodgers knocked in two more runs to make the score 5-0. The Giants never got a runner to third base. Maeda was in control today with mixing up his pitches. The defense showed up today too. Maeda pitched five innings and struck out 10.

The Giants collected nine hits and left 10 runners on base. Right-hander Chris Stratton of the Giants opposes left-hander Rich Hill in the series finale. Stratton allowed three runs or fewer in each of his last nine starts in 2017 with a 2.42 ERA. Hill is 5-2 with a 2.43 ERA in 11 career starts against San Francisco.

23 thoughts on “Maeda Gets Dodgers off The Schneid”