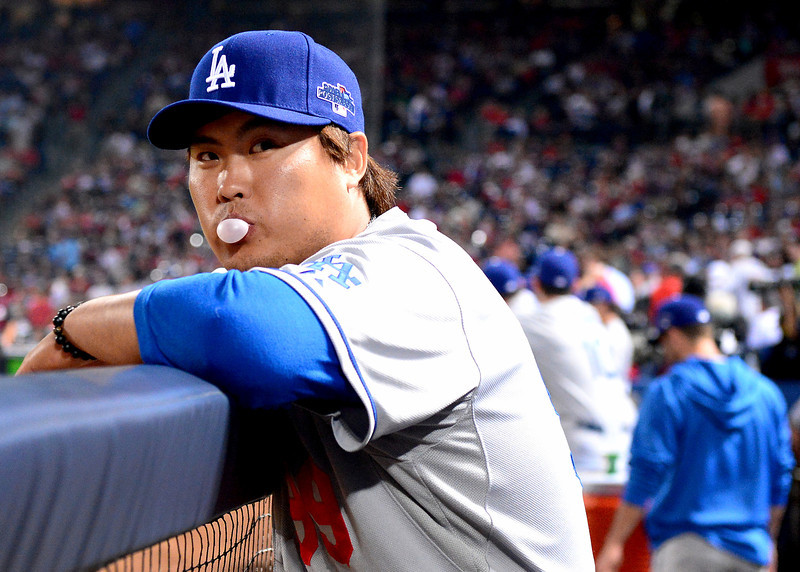 After pitching in just one game over the past two seasons, many figured Hyun-Jin Ryu to be washed up and finished in the major leagues. According to Ryu’s agency, A-Spec Corp, he is continuing his rehab, and expecting to be ready for Spring Training 2017.

Ryu is heading out to the island of Okinawa this week, to begin specialized training with Jang Min-Jae, a former teammate from his playing days in the Korean Baseball Organization (KBO).

Unfortunately, the southpaw was dogged by a bad shoulder which put him on the 15-day DL early in the 2014 season. Eventually the pain became so bad, his season was shut down early. He underwent shoulder surgery, and he sat out the entire 2015 campaign.

Last season Ryu wasn’t able to return to the Dodgers’ lineup until July, right before the All-Star break. He pitched in only one game, and it was horrid. He gave up six earned runs in just 4 2/3 innings. Ryu was diagnosed with tendinitis in his left elbow and he didn’t pitch again in 2016.

Ryu underwent elbow surgery after the season, and he’s reportedly healed up and ready to get back to work in preparation for Spring Training.

“Ryu will be working out on his own for three weeks. He wants to get into better form before leaving for Arizona in late January.”  – A-Spec Corp.

The last time Ryu pitched with any regularity, he was the number three starter behind dual-aces Clayton Kershaw and Zack Greinke. The starting rotation has changed quite a bit since then, and the Dodgers aren’t making any commitments or predictions about where Ryu might fit in for the coming season.

“If he’s healthy, he’s going to be in our rotation” to begin the 2017 campaign.” –Dodgers GM Farhad Zaidi

Can Ryu bounce back? To do so will take complete recoveries from major elbow and shoulder surgeries. The man won an MVP award in the Korean big leagues and adjusted well to the American majors, pitching as a number three starter when he would have been number two on many other teams. He clearly knows how to work hard and achieve success.

Hyun-Jin Ryu has the mental part of the game under control, but the question for next season is – will his body follow?

298 thoughts on “The Next Dodgers Question: Can Hyun-Jin Ryu Come Back?”