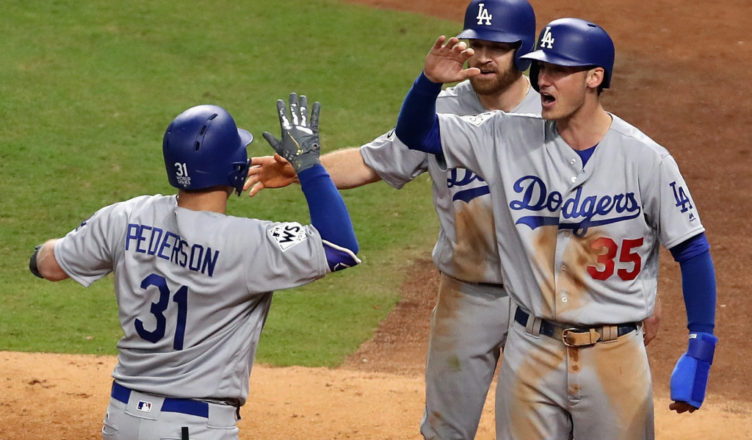 It’s March already! And while many people are focused on setting up office pools for March Madness, baseball fans are already thinking about their potential fantasy rosters and are refreshing themselves on all of the latest off-season moves that have been made as we roll into Spring Training. After all, Opening Day for the Blue Crew is on March 29th at Dodger Stadium against a McCutchen-wielding Giants squad. So let’s do a quick recap before we look at what the season has in store for us:

We have just about the entire roster returning. We are minus one Yu Darvish and Brandon Morrow. Both are righties and they both headed for Chicago. Brandon McCarthy and Scott Kazmir both took off to Atlanta (righty and lefty). Luis Avilan LHP, left for the Chicago White Sox and LHP, Tony Watson has been left an unsigned (he signed with the Giants recently) Free Agent (along with, Andre Ethier OF. Adrian Gonzalez 1B, went over to the Mets and Charlie Culberson is now with the Braves.

But we still have Bellinger, Turner, Seager, Wood, Kershaw, Jansen and we picked up right-hander, Tom Koehler, Lefty Scott Alexander, and Matt Kemp off the Braves to kick daisies in the Outfield. We also have Walker Buehler, a top RHP prospect to keep an eye on.

All in all, Las Vegas and online outlets love how the Dodgers handled the off-season and also love our chances of winning the World Series in October.

The only team with better odds of winning the Fall Classic is the Houston Astros. So with that in mind, we could very well see a rematch and wouldn’t the revenge be sweet?

But I’ll have to reel it in a bit because this article isn’t about the Astros or the fact that the Yankees are highly favored as well. No, it’s about where the Dodgers stand in the NL West. So let’s dig in!

Betting odds are always a very good indicator of the approximation of how things will unfold. And when we check the odds at Bookmaker, we can see that the NL West is basically a one-horse race.

The closest to Dodgers on the odds-boards are the Giants at +530. But as you can see, that difference is a good quarter-mile back. Next are the Colorado Rockies and the dastardly Diamondbacks —someone should cut the head off with a shovel and bury it in the sand like any other rattler— both at +550. Lastly, is the lowly Padres. You have to feel a bit bad for San Diego. Their NFL franchise took off to hang out with us … and they are left with a bottom of the barrel baseball team with the creepiest mascot perhaps in all of sports and World Series odds of +4500.

But what about wins, you might ask? Well, the Diamondbacks are lined out at 85.5 with 75% of the public thinking they go UNDER that number. The Rockies are at 82.5 wins with 56% of people thinking the Coors drinkers will go OVER that number. The Pads are listed at just 70.5 wins and are getting some love with 87% of folks thinking they will break that threshold. The Giants are lined-out at 84.5 wins and 61.8% don’t believe that the Gold-Diggers will win that many. And the Blue Crew is way up there at 96.5 wins on the season.

Notice the discrepancy up there? The Diamondbacks are listed to win more than the Giants, but the Giants are favored over the Diamondbacks to win the West. Man … the rest of the competition is screwed! There will be three barely over .500 teams, one sub-500 team and then the Dodgers who stroll into the playoffs.