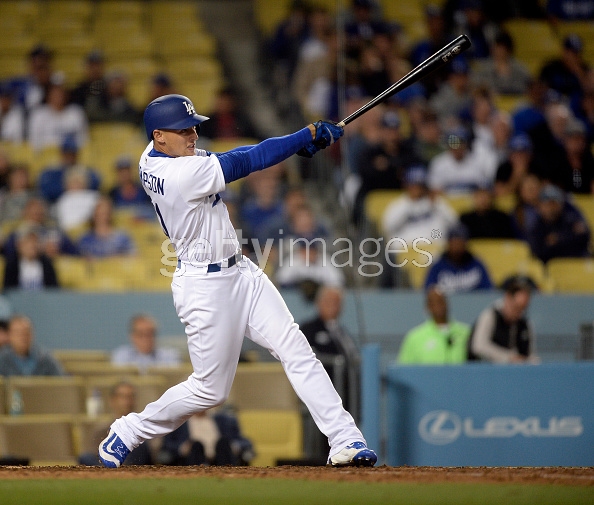 Tonight’s Baseball Tale from Chavez Ravine is of the unlikely bum, Alex Wood, vs the monster from NY, Jacob deGrom.

Here’s how it played out.


Dodgers
Back to back doubles by Chase Utley and Corey Seager brought in the first Dodgers run of the night.
A sac fly by Adrian Gonzalez brought in Corey Seager.  2-0

2nd inning  Dodgers 2-0
Mets
Base hits and an error by Utley brought in a run.
Another base hit (cue Vin Scully) “and just like that, it’s all tied up”. 2-2


Dodgers
Two on and two out for Joc Pederson, who fought well, but in the end was fooled by deGrom.  Full count, strike three called!

5th inning  Tie score 2-2
Adrian Gonzalez bounced a ball just off the top of the CF wall, but unfortunately, he runs like a file cabinet. Out.

6th inning
Alex Wood vs the Mets
At this point Wood was hanging tough at 99 pitches and 2 runs. Not many of us figured he would be battling deGrom pitch for pitch, run for run, up to this point.

Nothing much happened until the bottom of the ninth.

With the Dodgers down to their last out, up stepped pinch-hitter Trayce Thompson….


The count was 2-2 when he belted a walk-off home run to lift the Dodgers over the Mets, 3-2, and return the Dodgers to sole possession of first place in the NL West.

26 thoughts on “Yes Virginia, There is a Big Dodger in the Sky! Dodgers Walk-off Winners 3-2!”