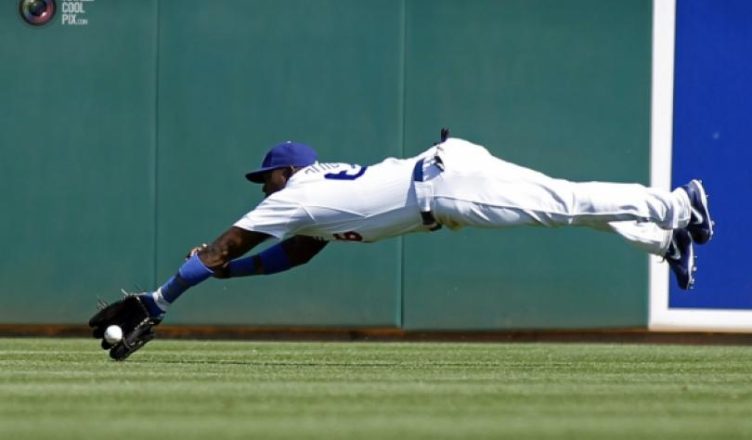 Things have changed a bit. Fans and perhaps the Wild Horse himself, will rest a little easier with today’s news that Yasiel Puig was named Wilson’s top right fielder in its Defensive Player of the Year Awards. To add a blue cherry on top, the Dodgers were also named MLBs Top Defensive Team of the year.

It’s not as flashy as a Gold Glove, but Wilson’s is the official MLB award given to the top defensive players and teams from both leagues. Wilson also names an overall best MLB fielder and defensive team. Wilson uses a formula that combines traditional stats, advanced metrics and input from baseball scouts.

Puig put up a .996 fielding percentage with one error, which remarkably placed him fourth among all of baseball’s outfielders and second among just right fielders. He logged four outfield assists, which may seem low, but he also has a reputation that is so strong, many runners simply refuse to challenge him.

These awards were first-time wins for both Puig and the Dodgers. Congratulations to the Wild Horse and the Boys in Blue!