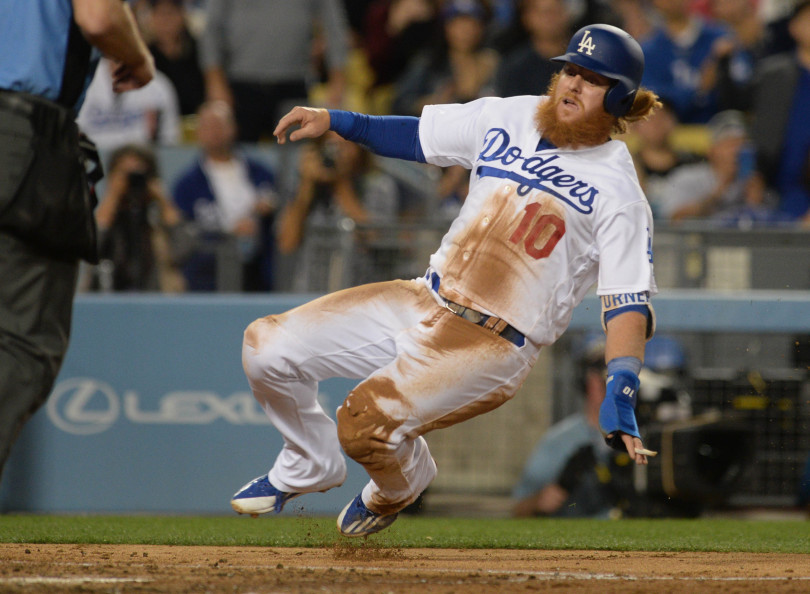 The Dodgers beat up on the lowly Marlins in the first game of the four game series and ten game home stand, but the win was costly. The Dodgers have lost Justin Turner for an undetermined amount of time after he suffered a right leg injury while trying to score in the bottom of the seventh inning of their 7-2 win over the fish on Thursday night at Dodger Stadium. Other than Turner getting hurt the game was pretty enjoyable since the Marlins are really bad. It’s a joy to play the Marlins.

The Fish are led by former Dodger manager Don Mattingly. Miami has several former Dodgers which include catcher A.J. Ellis and second baseman Dee Gordon. Another former Dodger, Edinson Volquez was the opposing starter, Hyun-jin Ryu was on the bump for the Dodgers.

The Dodgers beat him up as Volquez and his sideways hat allowed five earned runs on eight hits and walked 3 while striking out four across six innings. Volquez is horrendous and is now 0-6 this season. Ryu on the other hand was actually decent tossing 5.1 innings allowing two earned runs on seven hits and striking out three before being removed in the sixth inning after getting hit with a grounder back to the box.

Ryu was fortunate though because the Marlins stranded a lot of runners. They stranded seven to be exact and were 0 for 8 with runner in scoring position. The Dodgers scored one run in the first and three in second. They plated one more in the third and two in the eighth.

Ryu also did this…..

Turner had two hits before having to come out and Chase Utley had two hits as well. Yasiel Puig blasted a monster two-run home run and Ryu himself had a double and scored a run. Like I said it was a good night if not for the Turner injury.

The Marlins got two huge home runs from Justin Boar in the second inning with nobody aboard, and another one from Christian Yelich in the third inning with nobody on base as well. The Dodgers scored the first run of the game in the bottom of the first inning when Utley, Corey Seager, and Turner all singled to load the bases. Utley scored on Cody Bellinger’s RBI force out before Yasmani Grandal grounded into an inning ending double play.

The Dodgers scored three more in the second when Joc singled and came home on Puig’s home run. Then Ryu doubled to center and Utley’s single scored him. Ryu can run by the way. That gave the Dodgers a 4-1 lead. The Marlins actually ran themselves out of the second inning when Giancarlo Stanton doubled, but was thrown out trying to steal third when a pitch rolled a few feet away from the plate. Grandal has been excellent throwing out base runners this season. Grandal is now 11 for 22 in throwing out runners. Before the game he was throwing out runners at a 52% clip.

Immediately after that Boar homered and the game was tied at the time. Adrian Gonzalez is back and drove in a run in the bottom of the third after Turner walked and stole second base. Man the Dodgers are really going to miss him if he’s out of commission for a long time. Gonzo knocked him in with a single and the Dodgers were up 5-2.

Ryu came out with one out in the top of the sixth inning when Boar’s line drive deflected off of his body. He also was hit in the non-throwing shoulder earlier in the game as well. Chris Hatcher came into the game and struck out Realmuto and Dietrich to end the inning.

Turner would injure his leg in the bottom of the seventh when he was trying to score on Grandal’s flare single into left. He pulled up lame and was thrown out at the plate. He was seen limping into the dugout. Apparently it’s his right hamstring and he’s having an MRI scan on Friday.

The Dodgers added two more runs in the bottom of the eighth inning when Ordrisamer Despaigne walked four batters and Utley’s sacrifice fly put the Dodgers ahead by a 7-2 score. Kenley Jansen got a hit and pitched an immaculate inning in the top of the ninth inning.

The whole mood of the win is soured with the Turner injury. I guess Taylor can play third base. Logan Forsythe is due to come back soon too, and Kike can play third as well. But Turner makes the Dodger’s lineup go and if he’s out for any extended amount of time then the Dodgers are going to be in big trouble.

Thank god the Marlins are terrible. Think good thoughts and pray for Turner’s hamstring. Young left hander Justin Nicolino will counter the undefeated Alex Wood on Friday night in game two. First pitch is scheduled for 7:10 PM. Maybe there is hope for Turner’s leg/knee/hamstring after all…..

Trainers told Roberts after the game that Turner still had strength in his right hamstring. It's near knee, not in "belly of the hamstring"

A touching tribute to an old friend who deserves several 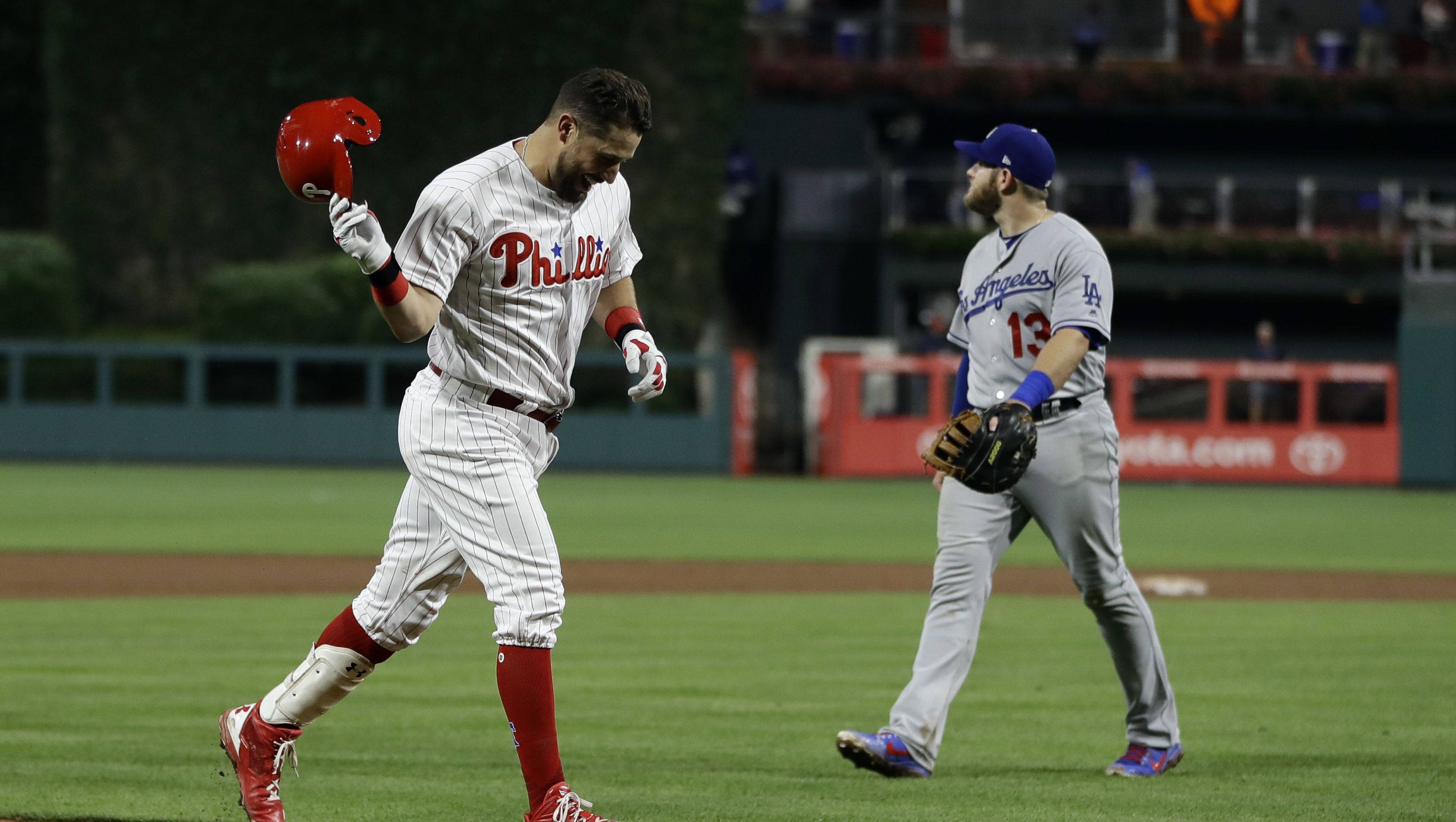 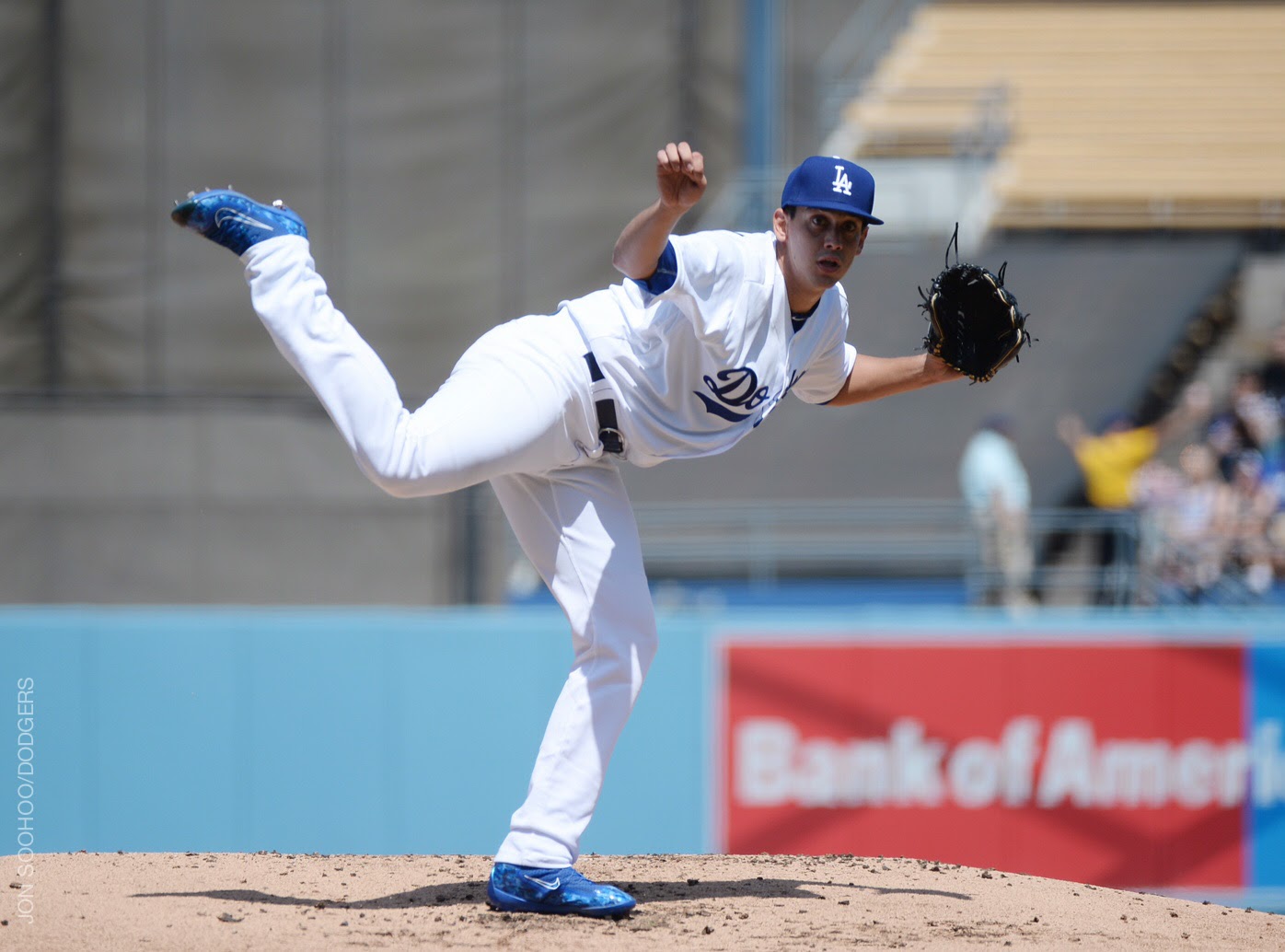