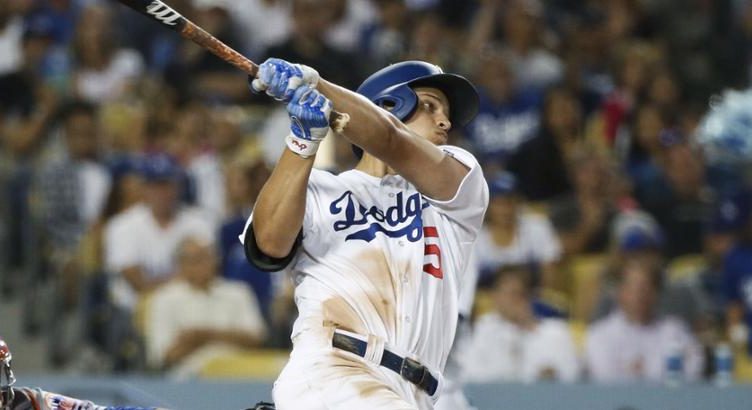 Rich Hill finished the game with 11 strikeouts.  He also collected two hits in the game.  The game was all but over.  The Dodgers decided to score more runs in the 7th inning.  Austin Barnes started it with a single.  Then Logan Forsythe hit a single.  Forsythe also had two doubles in the game as well, finally panning out after the off-season trade to acquire him.  With the bases loaded and two outs, Chris Taylor got in on the act and hit a grand slam to make the score 8-0.

Dodgers have 7 grand slams this season, 3 more than any other MLB team.   Chris Taylor has three grand slams this year. Rich Hill ended up going 7 innings and he is beginning to find his groove.  He is 5-4 and his era is 4.00  Brock Stewart pitched two innings of scoreless ball to keep the Padres off the scoreboard.  Tomorrow the Dodgers will go for the sweep with Kenta Maeda on the mound.