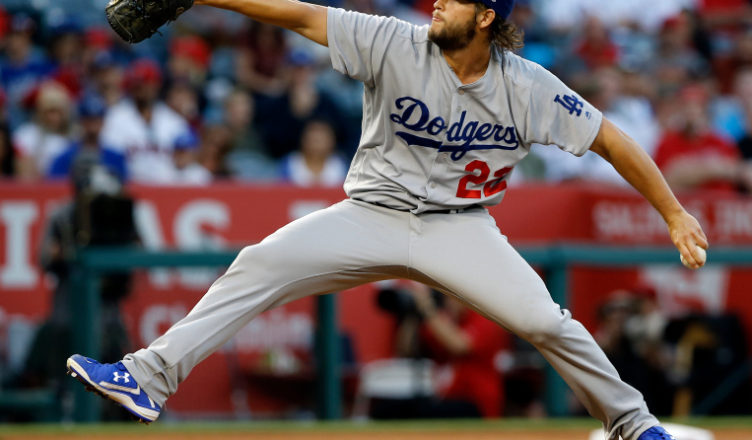 The Dodgers have been on the road on what seems like forever. The Dodgers actually have done well on the road this season and on this road trip. This was game 2 of the four game series against the Atlanta Braves. Mike Foltynewicz took on Clayton Kershaw. In the bottom of the second the Braves got on the board first. Nick Markakis hit a ground rule double. Kurt Suzuki then singled advancing the runner to third. Ender Inciarte hit a ground ball RBI to make the score 1-0.

In the top of third inning, the Dodgers struck back. Alex Verdugo hit his first home-run of the season over the center-field wall as the Dodgers tied the score 1-1.

Alex Verdugo homers over the wall in CF. #Dodgers tie score 1-1 in 3rd

Then in the top of the fourth inning, Yasmani Grandal hit a solo shot to make the score 2-1 blue crew. Yesterday Manny Machado got his first home run as a Dodger and Rich Hill got a hit as well. Matt Kemp would walk in the inning. Chris Taylor then hit a double moving Kemp over to third. Then Clayton Kershaw came up and needed to do what he does. He hit a double scoring two runs and the making the score 4-1 Dodgers.  He reached base four times.

In the Bottom of the 7th, Kershaw let the first two runners reach base. He got Johan Camargo to strike out.  He was able to get Ender Inciarte hit into a double play to get out of the inning. Kershaw pitched into the 8th inning.  He left the game with two runners on and two outs. Kenley Jansen got the final four outs. The Dodgers won two straight, improving its NL-best road record to 30-22. The Dodgers are 32-16 overall since June 1, tops in the NL over that span. Tomorrow Yasiel Puig will be back.  When Julio Urias does come back he will be used out of the bullpen. Hyun Jin Ryu is close to coming back.  Read a rumor the Dodgers asked about Bryce Harper.  What do you think of using Walker Buehler out of the pen?

46 thoughts on “Kershaw Delivers with his Bat”