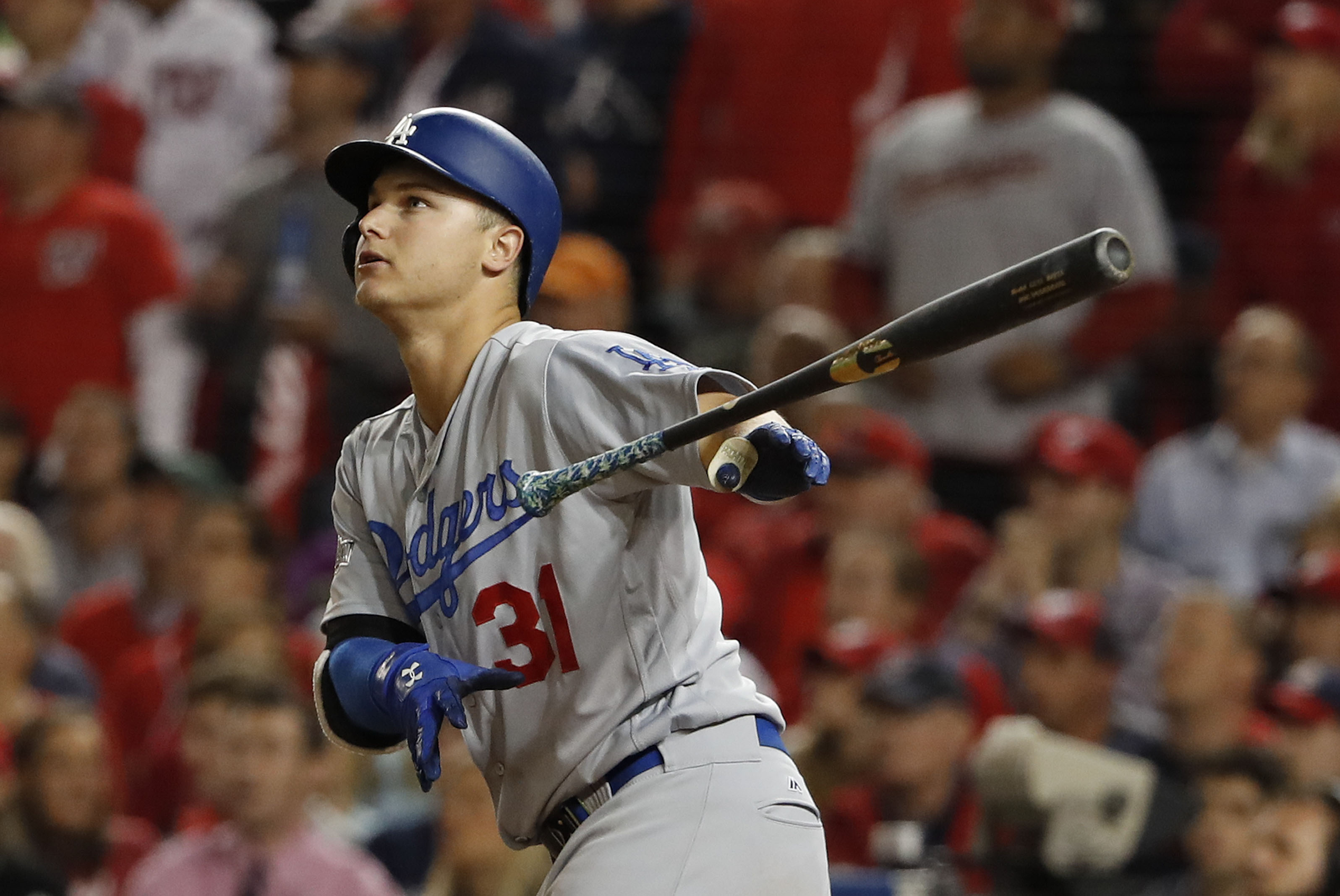 It’s far too early in the spring to make any type of determination about the 2017 Dodgers yet. So far through 9 exhibition games the Dodgers have a 5-4 record. There are some things we do know, such as Clayton Kershaw will be the opening day starter, and Corey Seager will be the shortstop. Otherwise it’s just too early to tell anything yet. We haven’t even seen the first round of cuts yet.

With that being said I would like to take a stab at predicting the 2017 Dodger’s opening day roster. There are two things to consider here. First of all, I am going to make my own predictions based on what I would do if I was tasked with putting together the Dodger roster. I am not predicting this based on what I think the Dodgers will actually do. The second thing to consider is the possibility of injury effecting how the roster will be built. So here it goes….this is my 2017 Dodger roster.

If someone were to ask me how I would build a pitching staff I would tell them it would be based on three things. Those three things are innings, health, and skill. Experience is important too, but innings and health are a huge requirement. I suppose I would start with two very good starting pitchers. Then I would acquire another very good starter. Perhaps the last two spots of a five man rotation could be given to a young prospect, or a savvy veteran. I would build a standard 12-man pitching staff with plenty of southpaws.

As for the Dodgers, We know that the top three are going to be Clayton Kershaw, Rich Hill, and Kenta Maeda. That would be my top three as well. The final two spots are up in there air between several youngsters, and horde of walking wounded.

The Dodgers have several young starters that can be put into the rotation. Of course top pitching prospect Julio Urias, who made his MLB debut for the Dodgers last season should be in the rotation. The Dodgers naturally want to limit his innings, but they can still do that at the major league level with him pitching every fifth day. Right handers Ross Stripling, and Brock Stewart give the Dodgers a couple of fungible back-end options that can start or relieve.

Then you have the injury riddled veterans. Left handers Hyun-jin Ryu, Alex Wood, Scott Kazmir, and right hander Brandon McCarthy could all be options if they are healthy. But that’s a big if. I think Wood has the most talent and the best chance of being healthy and productive. Ryu was a good pitcher. But unfortunately shoulder injuries can be career enders. McCarthy and Kazmir are awful and unlikely to remain healthy for more than 10 starts this season. Ryu can start the season on the disabled list, and maybe Kazmir can be placed in the bullpen as a spot starter/long man. McCarthy should be given his unconditional release.

A major league bullpen is normally a seven man pen. What we do know is that closer Kenley Jansen and newly signed Sergio Romo are both a lock to make the club, obviously. You could probably add Grant Dayton into that as well. A successful bullpen needs a good closer, and at least two good left handed options. You also need a good spot starter/long man to provide innings. The Dodgers have three left handed relief options, (Adam Liberatore, Grant Dayton, and Luis Avilan). I think Avilan has options, so I would take Dayton and Liberatore. If you remember Liberatore was awesome in 2016. Here’s my seven man bullpen.

Hopefully Baez figures out how to pitch a little quicker this season. Romo replaces the departed Joe Blanton as the primary set-up guy. Dayton and Liberatore are the left handers, and I like Josh Fields as a middle guy. I think Kazmir could provide the Dodgers with some innings as a long man.

Most of the positions are set. The only spots up for grabs are the roster spots on the bench. We know that Adrian Gonzalez is going to be the starting first baseman despite getting scheduled off days. We know that Logan Forsythe will be the second baseman and Corey Seager will be the shortstop. Justin Turner will be at third base and Yasmani Grandal will be the opening day backstop. The outfield will consist of Yasiel Puig in right field, Joc Pederson in center field, and I think Andre Ethier in left field. So far Ethier has looked really good this spring and he seems to be recovered from his broken leg he suffered after fouling a pitch off of his shin last spring.

Unfortunately speed and athleticism are lacking in the Dodger lineup. They don’t have a true lead-off hitter either. Their best bet is to have Ethier or Forsythe leading off. Ethier has always had good on-base skills and you want your top three hitters to be able to get on base. Anyways, those are the starting eight and I would not platoon any of those positions possibly with the exception of left field.

Here’s what we know about the Dodger bench. Austin Barnes is going to be the backup catcher. In a 5-man bench this leaves four remaining spots. Veteran Chase Utley will be making the squad as well will Franklin Gutierrez. That leaves two bench spots left. It’s important to have balance as well as defensive flexibility for the bench. Gutierrez will be the fifth outfielder, but his health is questionable. Andrew Toles is talented and a pretty good outfielder, however the Dodgers need a player that can backup at first base, and third base. They’ll also need someone that can backup at shortstop in case something happens to Seager.

Kike Hernandez is not that guy. He provides little to no value and I would immediately give him his unconditional release. I like Charlie Culberson. He’s a great defender, and defensively versatile. He can backup at short, third and in the outfield. That leaves us with one spot open. We could not place Culberson on the roster, and have Scott Van Slyke and Toles. However we need someone that can play shortstop. I think Toles has options and Van Slyke doesn’t, so I would take Van Slyke. I would try and find a way to keep Toles though. Is Trayce Thompson able to play this spring? He could be a valuable depth piece if he is healthy. Apparently he is making his cactus league debut next week so we will see. Back injuries are tough to recover from.

Since Culberson is not on the 40-man roster, so a corresponding move would need to be made. Giving Kike his unconditional release would clear room for Culberson. Ryu and McCarthy can start the season on the disabled list and the rest of the guys not on the roster can start in Oklahoma City if they have options. 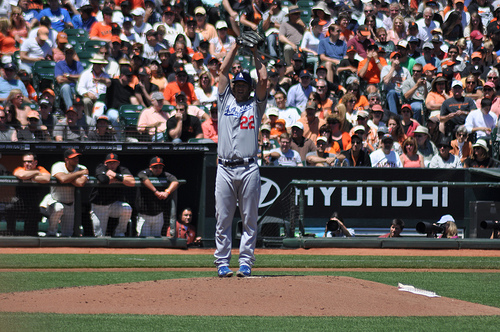 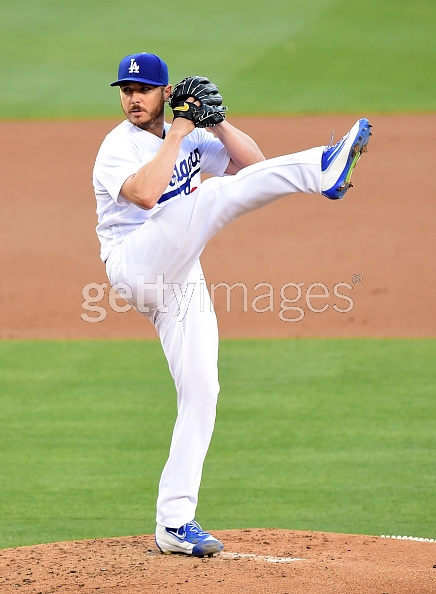 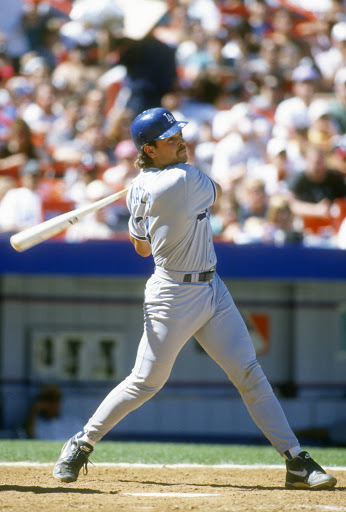 22 thoughts on “Predicting The 2017 Dodger Roster”