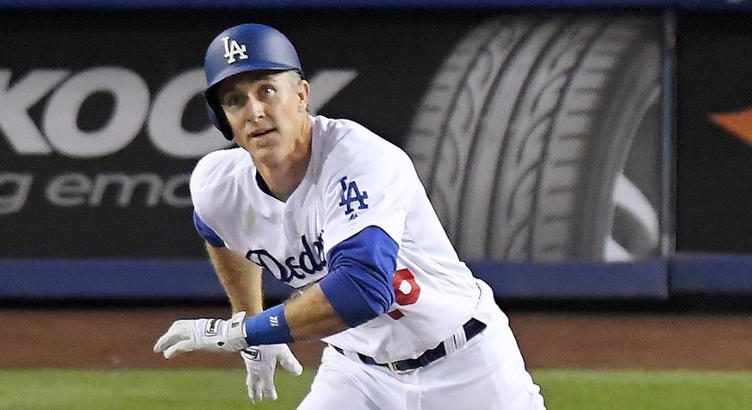 The Dodgers took two of three from the St. Louis Cheaters and sent them on their way. But the schedule isn’t getting any easier. The Chicago Cubs arrived for a weekend series, and they started out with Jake Arrietta. The Dodgers countered with their newest Southpaw Assassin, Alex Wood.

Wood was brilliant once again, adding five more clean innings to his consecutive scoreless streak, now at 25 1/3. He struck out eight over his five innings, and got four ground outs. Nothing went in the air against him tonight. He cut through the Cubs lineup like it was easy.

Meanwhile, the Dodgers- and especially Chase Utley – continued their offensive resurgence. Utley hit his second home run in two nights to get the Dodgers on the board in the second inning.

In the third inning, Yasmani Grandal stayed hot and knocked in the heating up Corey Seager with an RBI double.

Pedro Baez took over after five, and he continued the domination over the baby bears for two more innings. In between those two innings (bottom of the sixth), this happened…

Gonzalez smashed his first home run of the year, good for two runs. Oh yeah, heating up Corey Seager was standing on second at the time.

Chris Hatcher came in to pitch the eighth. His hide was saved when Cody Bellinger made a sliding, Sandy Amoros-esque catch in left field. The skipper kept his faith in Hatcher, sending him out for the ninth, and he kept the Cubs quiet for his second inning. He went out with a line of goose eggs. Two innings pitched, no runs, no hits, no walks, and no Ks.

The Dodgers take the first game of the series impressively – 4-0.