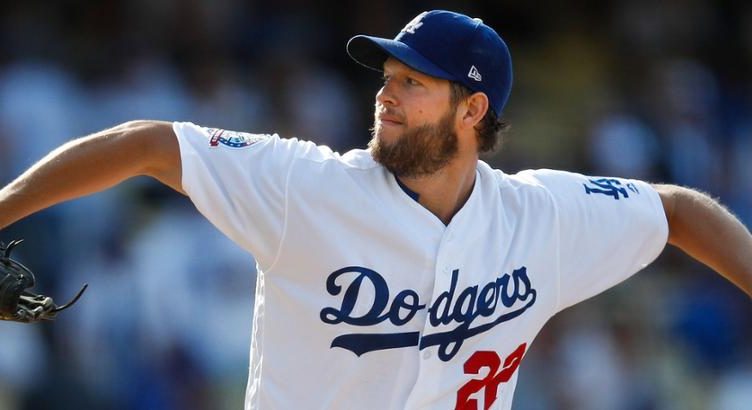 Clayton Kershaw’s latest time on the DL was due to left biceps tendinitis. He returned quickly, some felt too much so, and had a decent outing despite the fact his fastball sat at 87-88 most of the afternoon. He had the benefit of a high strike zone and a good curveball to get him through five innings. The only run scored against him occurred in the second inning, when Maikel Franco came home on a single to center field. Cody Bellinger‘s throw was on the money and reached Yasmani Grandal in time for the out, but Grandal muffed the catch and Franco breezed by him. Trouble was, he also ran right past home plate without actually touching it. The umpire called the runner safe, the Dodgers shrugged “Oh well”, and what turned out to be the winning run was on the board.

The Dodgers were easily handled by Phillies ace Aaron Nola, who went seven innings and only gave up one run.  Enrique Hernandez drove Yasiel Puig home in the fifth with a base hit, and that was all they had.

The tie was broken in the seventh when Jorge Alfaro doubled in a run on a hit that Yasiel Puig lost in the late afternoon sun. He never saw the ball and that was all the Phillies needed to plate their second (first?) run of the day. The Philadelphia bullpen shut the Dodgers offense down for the last two innings and the boys were forced to settle for a series split.

To pile on the bad news, Dave Roberts announced that Kershaw was suffering back tightness and would undergo an MRI tomorrow. The strange bright side of all of this Kershaw drama is the Dodgers don’t really seem to miss Clayton when he’s away, and actually fare better than when he is with the team. What a strange, winding road this season is.