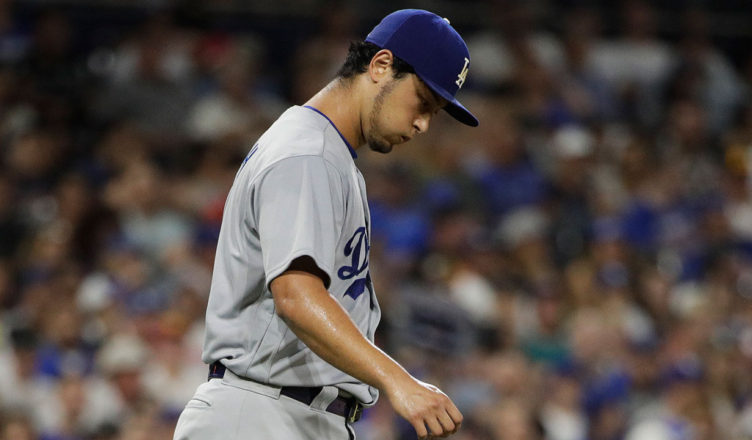 In the first ining, Cargo hit a solo shot off Darvish and gave the Rockies a 1-0 lead. Felt like Deja vu all over again. The Dodgers fought back in the bottom half of the inning. Curtis Granderson hit a single. Justin Turner hit a two run shot that awoke the Dodger stadium crowd. Cody Bellinger then legged out an infield hit on an error by the Rockies. He then advanced to second on a wild pitch.

Yasiel Puig hit a grounder advancing Bellinger to third. Joc Pederson then walked and Austin Barnes hit a double to score two runs and the Dodgers took a 4-1 lead. All felt right in the world. Yu Darvish’s ball had a lot of movement and he got into a grove. In the bottom of the fourth, Dodgers had runners on 2nd and 3rd with one out and Justin Turner and Cody Bellinger coming up. Turner struck out and Bellinger flied out to squander that opportunity.

In the bottom of the sixth the Dodgers would squander another opportunity. Enrique Hernandez then legged out an infield hit then ended up on 2nd due to an error. He was on 2nd with no one out. Granderson could’ve bunted him to 3rd but instead struck out. Seager then flied out, followed by Turner flying out. The defense failed the Dodgers today. The bullpen did a great job keeping the Dodgers in the game.

The offense just squandered to many opportunities. In the bottom of the 8th, Chase Utley who pinch-hit for Logan Forsythe drew a walk. Thank god Dave Roberts put Forsythe on the bench. Forsythe must have blackmail material on Roberts because for the life of me I can’t figure out why he still plays.  Yasmani Grandal then came up to pinch-hit. Opportunity to bunt Utley over to 2nd since the offense is struggling. Grandal struck out and that pretty much wrapped up the game.

Arizona lost so the Dodgers still have a 10 game lead in the division. The Dodgers only have a 5 game lead for home field throughout the playoffs. The magic number for the Dodgers is at 12. Alex Wood will try to stop the bleeding tomorrow.