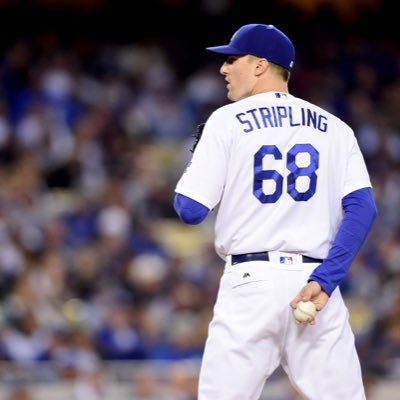 So the Dodgers go with their third rookie in a row in Ross Stripling.  Stripling will try to break a personal three-game losing streak. In his past four starts, the 26-year-old rookie allowed 28 hits — including four home runs — in 23 innings and recorded a 5.09 ERA. The thing I like about Stripling is that he pitches fast and keeps the ball  in play.  Stripling had a good start in his last appearance against the Rockies in Coors field. He gave up three runs on nine hits and a walk in six innings.

This is how the Diamondbacks have fared against Stripling.

Since the Dodgers are facing right hander Shelby Miller, you can expect a right handed lineup for the Dodgers. Miller has been a major disappointment for the Diamondbacks this season. He has lost 10 of 12 starts. He has allowed 93 hits, including 13 home runs.  He actually got optioned to triple AAA. The big acquisition actually improved in Triple AAA. He went 5-1 with 55 strikeouts. In first start since being recalled he gave up two runs, six hits, one walk in six innings against the Giants in a loss.

This is how the Dodgers hitters have fared against Miller.

Based on the stats, it looks to be a high scoring game. But you never know since both hurlers had good starts their last time out. The Dodgers will go with Brock Stewart tomorrow against Left hander Robbie Ray. It’s to get this win today because who knows what will happen tomorrow. Lets continue to bury the Giants.

Lets keep this up. 22 thoughts on “Dodgers Ready to Pounce on Miller”