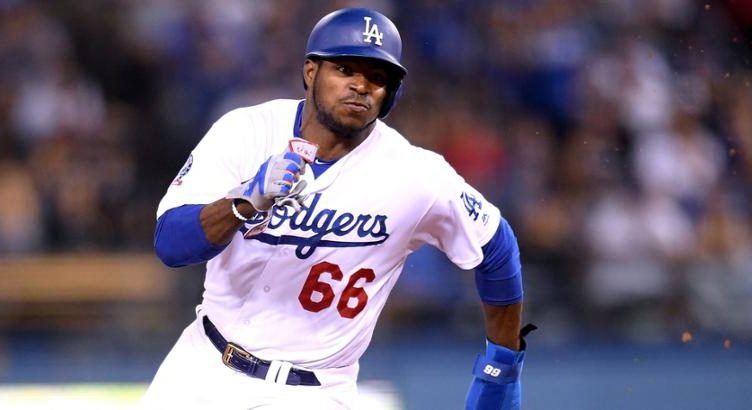 The night began (four hours ago) looking like another depressing Dodgers loss, but at least it was going to have a bit of flair. Nick Ahmed hit a deep fly ball to CF that Enrique Hernandez tracked all the way until he ran full speed into the wall and the ball bounced away. Ahmed flew around the bases and scored an inside-the-park home run. It was looking like another winless game for Alex Wood. That turned out to be the only run the Snakes would score off Wood, who went five innings in yet another non-decision game, his eighth.

The Dodgers tied the game at one in the fourth inning when Chris Taylor scored on a bases loaded wild pitch. The problem was, that was the only run they plated, continuing the frustrating run from last night of leaving the bases full without getting any clutch hitting. The boys loaded the bases again in the sixth inning and they managed to score three runs, but in the strangest fashion.

Yasmani Grandal scored on a sac fly by Chris Taylor and then the Snakes shot themselves out of the game. After a walk to Max Muncy loaded the bases again, Taylor was hit by a pitch, which brought Austin Barnes home. Snakes pitcher Silvino Bracho uncorked a wild pitch and Yasiel Puig scored. When the smoke cleared, the Dodgers were up 4-1.

In the 7th, JT Chargois took over for Pedro Baez (why? I don’t know. Baez pitched just fine in the 6th). Sham Wow proceeded to hand back two runs to Arizona. Dave Roberts lifted him for Scott Alexander, who finally closed out the inning, with the Dodgers’ lead chopped to 4-3.

That held until the bottom of the 8th, when the Dodgers loaded the bases yet again. This time they scored two runs on Chase Utley’s PH double. The Dodgers expanded the lead 6-3 and held on as Kenley Jansen picked up the save, his sixth of the year.

For the Yasiel Puig Marching and Chowder Society: Puig returned from the DL tonight and looked very smart as a batter. He had three hits and scored two runs. Viva Puig!

Next up for the Dodgers is the Zinzinatti Reds.