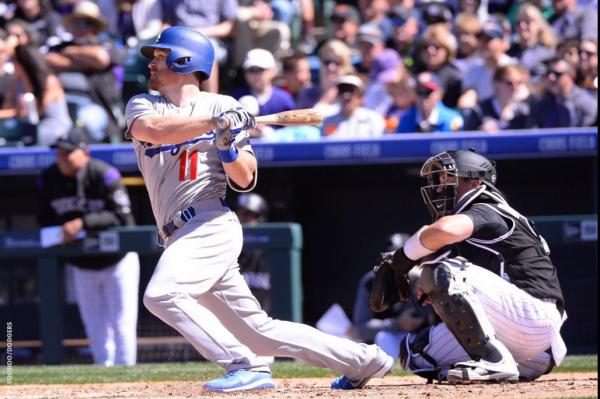 Last November the Dodgers traded veteran infielder Howie Kendrick to the Phillies for Darin Ruf and former farmhand Darnell Sweeney. The move was met with much skepticism as Kendrick was an integral part of the last two postseason runs for the Dodgers. Not only that, but the Dodgers had traded former second baseman Dee Gordon to clear room for acquiring Kendrick. What they actually did was flip top pitching prospect Andrew Heaney to the Angels for Kendrick. But it was widely believed that the Dodger’s front office had coveted Kendrick as a potential second base option for a long time.

Kendrick was a fairly popular Dodger and despite some injury problems had a solid two seasons with the club. Kendrick slashed .295/.336/.409 while posting a 108 wRC+ for the Dodgers in 2015. He followed that up by slashing .255/.326/.366 with an 87 wRC+. Kendrick missed significant time in 2015 because of injuries, most notably a hamstring injury that stalled a very solid campaign. Kendrick played in 146 games in 2016 and was moved around the diamond quite a bit. His batting declined in 2016 but he was still considered a solid option for second base.

After the Dodgers moved Kendrick to Philadelphia last winter most of the discussion centered around whom the Dodgers would acquire to replace him at the keystone. The Dodgers spent most of the offseason trying to acquire, (or were rumored to be) Brian Dozier from the Twins. But the trade never happened. The Dodgers were unsuccessful in getting Dozier, but on January 23, they traded top pitching prospect Jose De Leon to Tampa Bay for infielder Logan Forsythe.

Many people still believe that trading Kendrick was a mistake. For the first part of the 2017 season Forsythe’s lack of production made it seem as if those people were correct. At first Forsythe struggled in his new digs. After getting off to a hot start in April, (.295 13 for 44), a broken foot and hamstring injury kept him out for most of May. Forsythe played in only 8 games in May, slashing .160/.344/.320 with only two extra-base hits.

The struggle continued through June for Forsythe as he tried to regain his timing once he returned from the disabled list. He batted just .214 in June but still showed he was one of the most patent hitters in the league as he drew 14 walks. Forsythe began to right the ship and finally begun to hit in the month of July. So far this month he is batting .375 (9 for 24) with 4 extra-base hits and an 1.108 OPS in 29 plate appearances.

That’s raised his overall batting line to .249/.369/.345 in 214 plate appearances. Forsythe is also crushing left handers to the tune of a .386 average (22 for 57). Forsythe has been hitting the ball harder that he had last season with Tampa Bay. His Line percentage has increased from 22% last year to 24$ this season.

It appeared as though Forsythe was an injury riddled mess early in the season and we all questioned why the Dodgers would jettison Kendrick for Forsythe in the first place. But the veteran infielder is finally healthy and showing the Dodgers why they made the decision to acquire him. Hopefully we continue to see the Forsythe that slugged 37 home runs and posted an above league average OPS from 2015-2016 with the Rays in the American League. Forsythe is red hot and continued success from him at the top of the Dodger’s lineup is very important to their success in the second half. 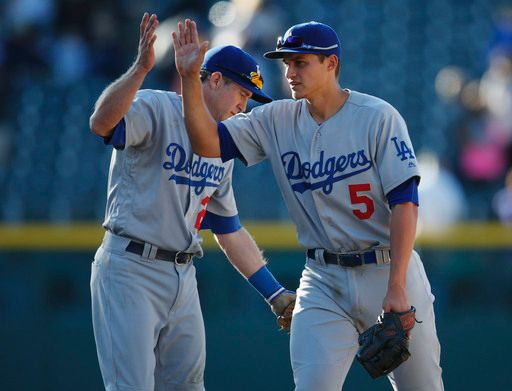 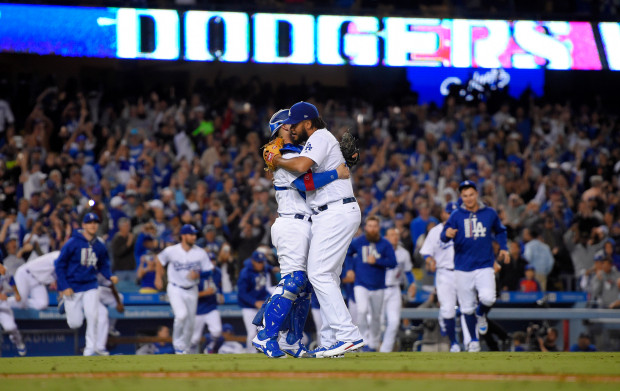 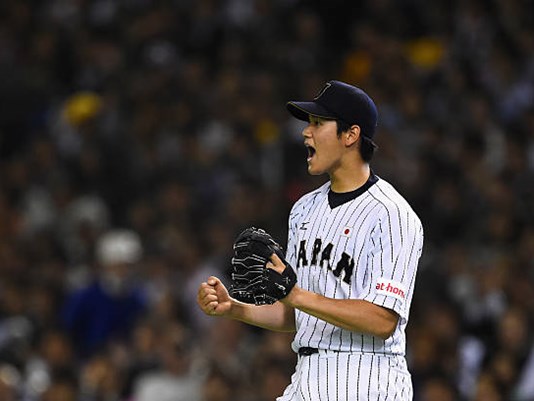