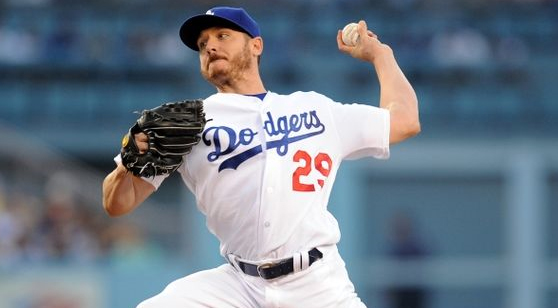 Pregame Scully ceremony will start at 6:30pm, televised by SportsNet LA & KTLA, online at https://t.co/v41DGSJOvS, radio on 570 AM https://t.co/YI1scY0Pwc

The Colorado Rockies will go with a guy who has a hitch in his delivery and has given the Dodgers some issues this season.  Jon Gray  10-8 4.42 ERA, he is 2-2 with a 3.38 ERA in five career starts against the Dodgers, including a 2-1 mark and a 3.27 ERA in four starts this year.

This is how the Dodgers have fared against Gray this season.

Based on this information Adrian Gonzalez, Justin Turner, and Yasiel Puig have been able to handle Gray.  Puig is not in the lineup tonight.  Perhaps he will pinch hit at some point.  The Dodgers are hoping to clinch the NL West at home this weekend.  So how have the Rockies done against Kazmir.

Kazmir will have to be careful with DJ LeMahieu, Nolan Arenado, and Cristhian Adames.  Gerardo Parra also has had a lot of success against Kazmir.  I’m sure he will come of the bench at some point.  Jon Gray has polished fastball command and an improved changeup that has led to his improvement.  The Dodgers like to attack fastballs and I’m certain the changeup will be used tonight against them.  Scott Kazmir has had command and velocity issues this year.  He has had trouble finishing off hitters this year.  He has a good defense behind that he needs to utilize and avoid walking Rockies hitters.

The Dodgers are also only 2.5 games back of the Washington Nationals for home field advantage in their NLDS matchup that’s looming.   Whispers have abounded that some of the Dodgers players are complaining about playing time.

That nonsense needs to stop.  The main goal is winning and so far this season the formula has worked.  I do think the Dodgers need more of a set lineup come playoff time though.  This Dodgers team has shown a lot of character this season.  This postseason could have a different ending for the Dodgers based on becoming a team that has grit and depth.  It would be nice to end Vin Scully’s last season on championship note.  Just focus on winning and being in a winning culture.