I would love to take responsibility for the Dodger’s latest loss on Monday night, after I screwed up the pregame the other day by arrogantly proclaiming a Dodger sweep. I had mistakenly forgotten that this series was a four-game wrap around and not a three-game set. Alas I can’t take all the credit for the Dodger’s pathetic 4-2 loss to the dbacks on Monday evening. That’s because once again the offense did all of the heavy lifting in this loss by scoring just two runs on five hits and were 0 for 6 with runners in scoring position. Needless to say, the Dodgers can’t win when they have several .220 hitting utility players in their starting lineup. They keep doing this against every left hander expecting different results, and yet it rarely ever works in their favor.

I am imploring the Dodger management to stop doing this. Please just play the regular lineup. What’s super frustrating is that if the Dodgers just played their regular lineups against left handers, they would probably win on most nights. Unfortunately the Dodger brass think they’re smart by putting bad hitters in the lineup, or they really think that the regulars can’t hit left handers. Yet when you put automatic outs in the lineup, you’re just not going to score many runs. When you’re seventh, eighth, and ninth place hitters in your lineup are Segedin, Van Slyke, and pitcher, you’re not going to score a lot of runs. This just isn’t working. It didn’t work last year either.

The Dodgers are hitting .225 against left handers coming into Monday night’s series finale against the Snakes. Scott Van Slyke is batting .125. He’s had two hits this season in over 20 plate appearances. Rob Segedin is a career .233 hitter. And even though Kike Hernandez hit a home run today, he’s batting .235. Please I am begging the Dodgers, stop starting these guys! Hernandez has now played in 10 of the Dodger’s 14 games. Why are they doing this? Why are they starting utility players every other night? It’s infuriating.

Of course you can’t put all the blame on the scrubs. The regulars didn’t do anything offensively either. The Dodgers had 5 hits, three singles, a double from Justin Turner, and the Hernandez home run. The Dodgers actually had a 2-0 lead through the first five innings. They scored a run in the bottom of the second when Segedin’s ground ball single, and a walk to Van Slyke put runners at first and second. Brandon McCarthy reached base when second baseman Daniel Delscalso couldn’t catch the throw from Robbie Ray on McCarthy’s sacrifice attempt. That loaded the bases, and the Dodgers squeaked over a run on a Logan Forsythe sacrifice fly. Corey Seager then immediately whiffed to end anymore chances of scoring.

The Dodgers added another run in the fourth frame when Enrique Hernandez (Kike) homered with the bases empty and the Dodgers were up 2-0. For the Kike marching and chowder society, here’s a video of his home run. That’s Kike’s first blast of the season.

Another non-Clayton Kershaw starter could not make it past the fifth inning. Although McCarthy pitched well enough to win. The tall right hander tossed five innings allowing two earned runs on five hits. He walked three and struck out eight. McCarthy pitched well but again could not give the Dodgers innings, and the bullpen can’t pitch perfectly every night.

Of course the fifth inning was the inning that the dbacks scored twice and tied the game. They can effortlessly score runs, unlike the Dodgers who seem to be constantly struggling with the bats. With one out, Owings walks, and after Jeff Mathis struck out, Ray’s ground ball single to center advances Owings to third. Then A.J. Pollack singles in Owings, and David Peralta’s ground-ball single scores Ray. McCarthy whiffs Paul Goldschmidt to end the inning, but the snakes tie it up. The Dodgers were never heard from again after that.

The dbacks took the lead off of Chris Hatcher in the top of the eighth, when Jake Lamb slugged a solo home run. The Snakes would add one more run in the top of the ninth. The dbacks had ten hits on the night and 8 of them were from Pollack and Peralta. Each of them had 4 hits. Pollack drove in one and Peralta drove in two runs.

The Dodgers had one last chance to score in the bottom of the eighth when Turner led-off with a double thanks to Tomas misplaying the bounce. In typical Dodger fashion they stranded him there with three consecutive routine outs. Puig flied to right, Grandal popped out to second, and Hernandez popped out as well to strand Turner. Fernando Rodney recorded his fifth save of the season for Arizona and did his annoying arrow shtick.

The Dodgers split the series with the dbacks and continue to play unimpressive baseball. Through 14 games the Dodgers are now 7-7. They’ll face another left hander on Tuesday night as the Colorado Rockies come into town for a two game series. Rookie left hander Kyle Freeland (who beat the Dodgers in Colorado) will counter Hyun-jin Ryu at 7:10 PM. 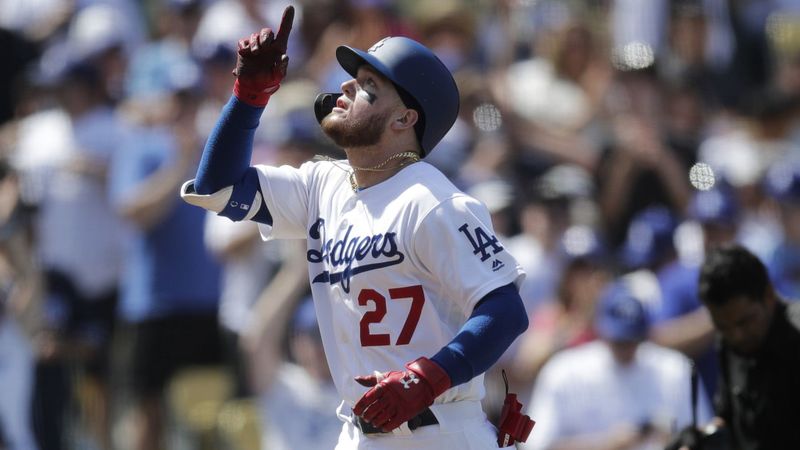 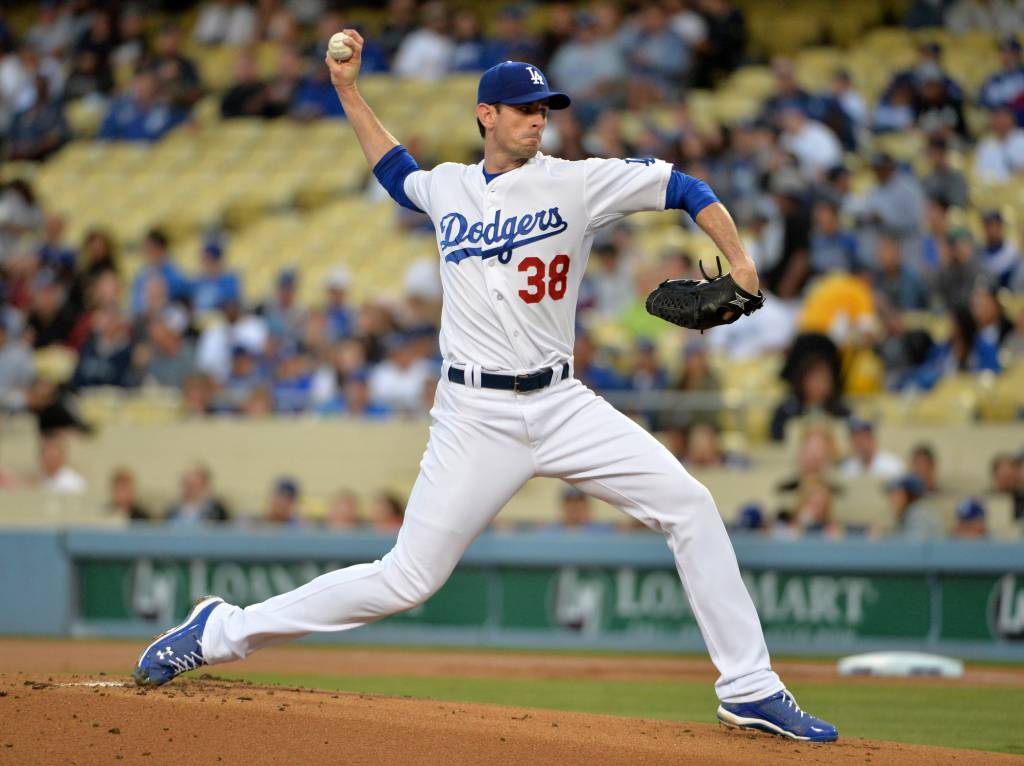