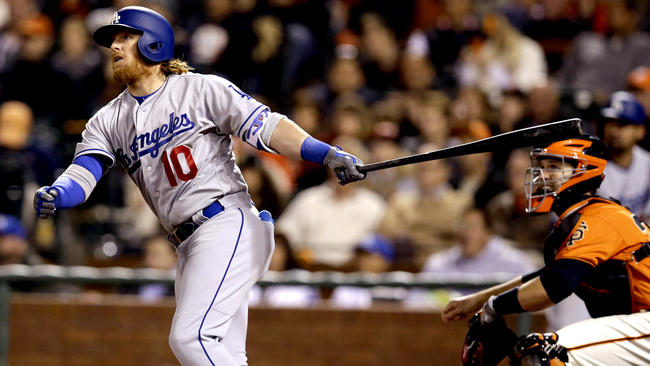 Kenley Jansen nearly gave us all a heart attack on Friday night, but the Dodgers hung on to defeat the Giants by a 3-2 score. The Clayton Kershaw versus Johnny Cueto duel ended in a draw. Surprisingly it was Justin Turner’s clutch solo home run in the top of the ninth off of Santiago Casilla that put the Dodgers ahead and broke the tie. Ironically it seems that since Oscar wrote that article Turner’s bat seems to have reawakened a bit. I’ve asked Oscar to write more articles about every hitter on the position roster. Hopefully they all troll Oscar as well.

Today the Dodgers will try and take a series win in San Francisco as left hander Scott Kazmir will battle Jeff Samardijza on Fox Saturday baseball. A series win in the lion’s den of phony book park would be delicious.

Kazmir had a leg cramp in his last start against Atlanta, but performed well enough to earn the win. Kazmir has won four of his last five decisions and has struck out 24 against 4 walks over his last three decisions. Overall Kazmir is 5-3 with a 4.46 ERA in 12 starts. Kazmir has struck out 72 and walked 24 over 68.2 innings pitched. He is 0-1 in two starts this year against the Giants. The veteran is 1-2 with a 5.23 ERA in 4 career starts, while posting a 4.32 ERA at At&t Park. Brandon Belt seems to have Kazmir’s number with 3 home runs and 5 hits in 10 career at-bats. The rest of the Giants haven’t done much.

The Giants signed right hander Jeff Samardzija also known as the shark in the offseason to a 5-year 90 million dollar contract and it was money well spent for them. The 31-year old has posted a 7-4 record with a 3.33 ERA. Over his 12 starts he’s whiffed 68 and walked 18 while posting a 3.56 FIP in 81 frames. He’s struck out 7.6 per nine and allowed 8.2 hits per nine.

He’s given up four earned runs or more in his last two starts and has failed to get past the fifth inning in each of them. He’s faced the Dodgers once this year back in April and the Dodgers defeated him. In that start he allowed three earned runs over six innings. He’s made 3 career starts against the Dodgers posting a 1-3 record with a 4.79 ERA.  Watch Chase Utley today because he’s batting .389 against the Shark with 5 extra-base hits.

Miraculously the Dodgers are still in this thing. The offense still sucks, but I can’t complain about a clutch hit, especially a home run. One more win would put the Dodgers 2 games behind in the loss column. How cool would that be to be that close to first place after all of the terrible offense and injuries this season. Don’t forget to tune into Fox this afternoon to watch the game and then head over here afterwards for the recap. 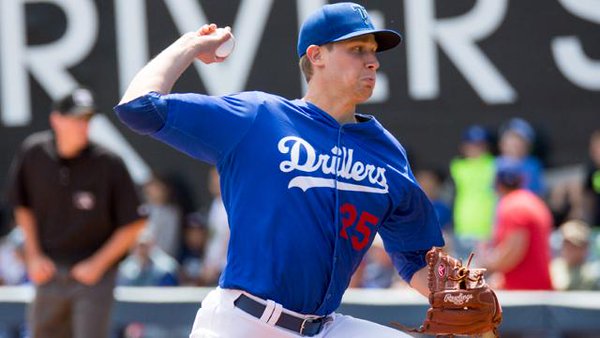