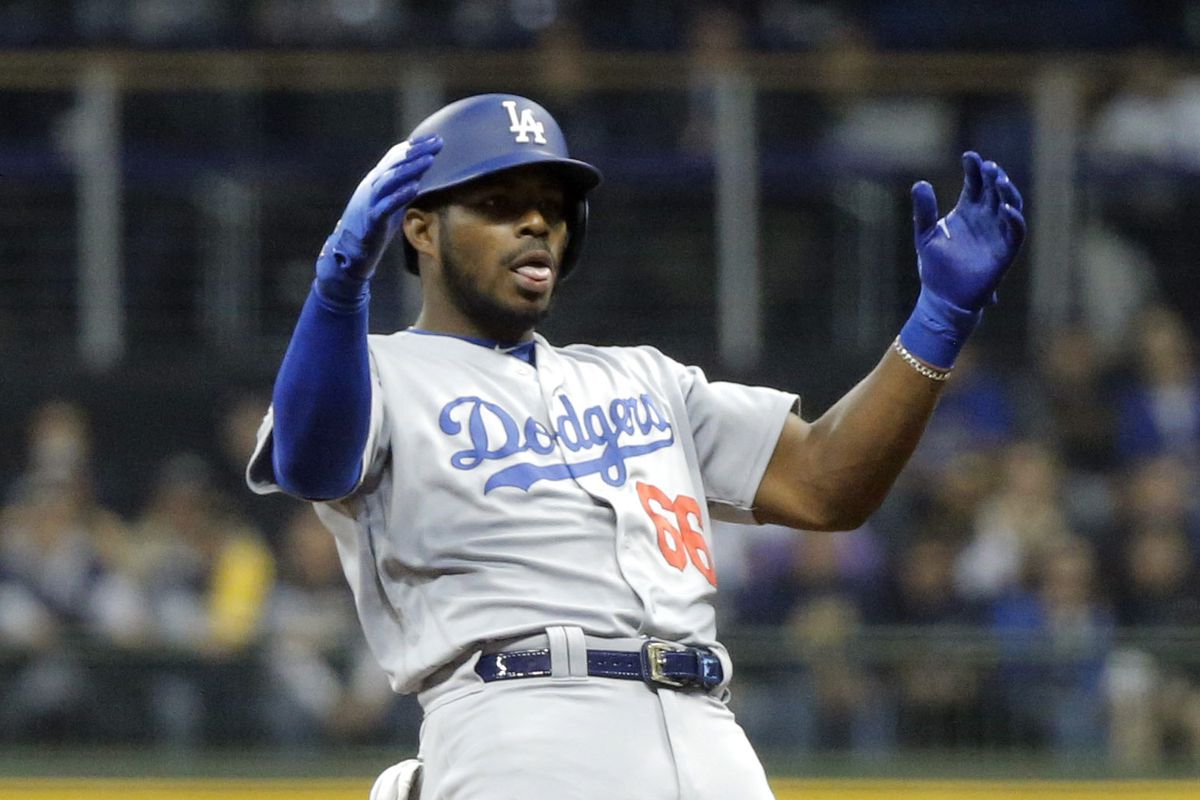 Thirty years ago today the 1988 Dodgers clinched the World Series Championship in Oakland. On this day the 2018 Dodgers didn’t channel those little mighty 1988 Dodgers, they channeled the 2018 Dodgers. The boys in blue turned to a tried and true weapon, the home run. The Dodgers slugged two home runs (Cody Bellinger, Yasiel Puig) Walker Buehler tossed 4.2 innings of one-run ball and Chris Taylor made the catch of the year in left field to lead the Dodgers to their second consecutive National League pennant.

The game started poorly for Buehler as he allowed a solo home run to Christian Yelich in the bottom of the first inning. The home run ball sailed just over the outstretched leaping glove of Yasiel Puig in right field to give Milwaukee a 1-0 lead. That would be the only mistake young Buehler would make. The Dodgers were really putting all of their eggs in the young hurler’s basket.

Milwaukee starter Jhoulys Chacin lasted just two innings before giving way to Josh Hader. The Dodgers would answer in the top of the second. Manny Machado surprised everyone by laying down a bunt sinlge up along the third base line. Cody Bellinger followed with a massive two-run bomb into the upper deck on a 3-2 pitch. The Dodgers took a 2-1 lead.

The Brewers would continue to put pressure on Buehler, but would not score. Milwaukee would put two on in the bottom of the second when Mike Moustakas and Orlando Arcia both singled, but Buehler would get Jonathan Schoop to ground out. Buehler would get a double play grounder form Yelich in the third, followed by a strikeout on Ryan Braun.

The Brewers got a lead-off double from Travis Shaw in the bottom of the fourth frame, but Buehler would retire the next three hitters, striking out Aguilar and Erik Kratz. The fifth inning became trouble for Buehler and the Dodgers. With two outs, Lorenzo Cain doubled to left. Dave Roberts immediately hooked Buehler and brought in Julio Urias. Buehler finished with seven strikeouts, no walks and six hits over 4.2 innings. The next hitter Yelich, drove a gapper into left field, but Chris Taylor (who was moved from center to left the inning before) covered 85 feet (according to statcast) to make an incredible sliding lunging grab to get the Dodgers out of the inning.

The sixth inning would be the Brewers undoing. Craig Counsell had already burned Hader, using him in the third, fourth and fifth innings. Xavier Cedeno began the inning and gave up a single to Max Muncy. Milwaukee then brings in Jeremy Jeffress and he gives up a single to Justin Turner. Two outs later Puig muscles a wall-scraper over the center field fence to give the Dodgers a 5-1 lead. Puig flexed his muscles as he rounded the bases after his three-run jack. The Dodger dugout exploded into celebration as Miller Park fell silent.

The Dodgers bullpen was fantastic. Ryan Madson, the veteran tossed a scoreless sixth inning, notching a whiff on Aguilar to end the inning. Madson got the first two outs in the bottom of the seventh before Arcia singled. Enter Kenley Jansen who strikes out pinch-hitter Curtis Granderson for the third out. Kenley pitched a scoreless bottom of the eighth, striking out Yelich and Ryan Braun.

Move to the top of the ninth inning. The Dodgers still leading 5-1. The Dodgers threaten as Puig singled, and Taylor doubled him to third. After a soft ground out from Barnes, Milwaukee intentionally walks Matt Kemp to load the bases. But Woodruff struck out Hernandez and Muncy.

Into the bottom of the ninth we go with the Dodgers three outs away from the World Series. Clayton Kershaw is called upon to close it out. Travis Shaw grounds out for the first out. Aguilar whiffs for out number two! Kershaw whiffs Moustakas for the final out! The Dodgers are going to the World Series!

The Dodgers thrive on pressure. They live for this stuff. When their backs are against the wall is when they play their best baseball. To everyone within the Dodgers organization and everyone here. To all of Los Angeles and every Dodger fan around the world…..Congratulations! There’s more work to be done folks! The Dodgers are going back to the World Series!

(Passes out and cries) 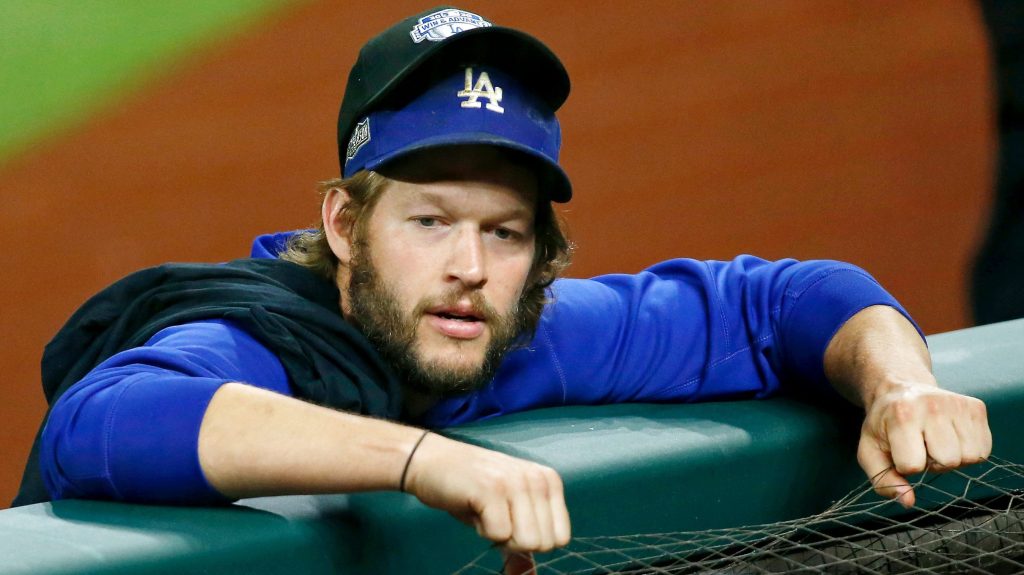 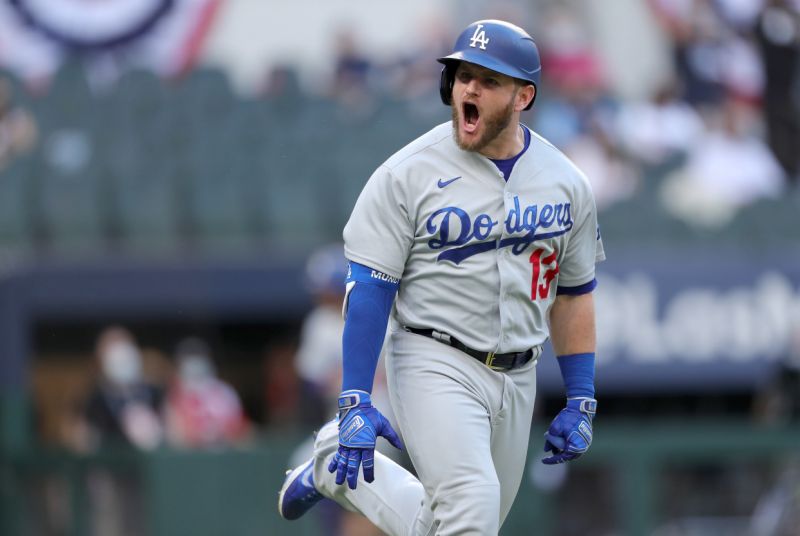