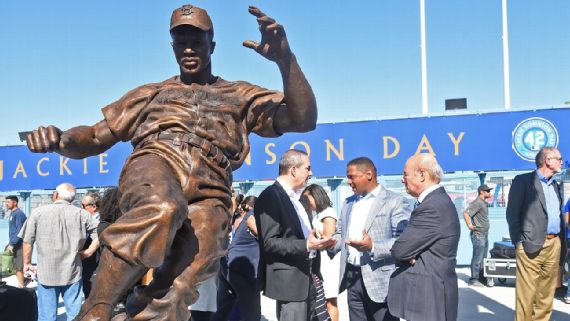 The Dodgers defeated the Snakes 8-4 on Jackie Robinson night scoring 5 runs off a lefty and stopping the usual story of the club being unable to hit lefties. Well, at least for tonight. The new Jackie Robinson statue was unveiled before the game in the reserved level during an emotional ceremony. Everyone was on hand for the unveiling which included the Robinson family and Vin Scully.

The Dodgers did Jackie proud by beating the Dbacks on Saturday night, but might have suffered a big loss when Logan Forsythe had to be removed from the game with tightness in his right hamstring. It’s a shame because he’s been red hot. He was 3 for 3 in tonight’s game (double and two singles) before being removed and is 5 for his last 6. Just pray it’s not serious. The Dodgers are now 7-5 on the season and 5-1 at Dodger Stadium.

Starter Kenta Maeda had another lousy start and I’m beginning to worry about him. Maeda was unimpressive again as he allowed 4 earned runs on 4 hits across just 4 innings of work. Maeda struck out 5, walked one and made 71 pitches. He allowed three runs in the second inning and another in the fourth.

Fortunately for the Dodgers, opposing starter and southpaw Patrick Corbin was just as ineffective, and the Dodgers got to him for four runs as well.  The Dodgers scored 2 runs in the first, one in the second, one in the fourth and one in the fifth. Three of the five runs were earned as Corbin tossed six innings allowing 9 hits and striking out 3. He walked 3 and made 95 pitches. The Dodgers added three more runs in eighth off of the Arizona bullpen highlighted by a three-run home run from Yasiel Puig.

Despite the Dodgers making 3 errors in the game, the offense came up big with eight runs on 11 hits. The Dodgers were 3 for 11 with runners in scoring position and collected 6 extra-base hits.

The Dodgers went ahead early in the bottom of the first when they got three consecutive hits and a sacrifice fly. Forsythe led off with a double and Corey Seager singled him in. Turner’s line drive double down the right field line advanced Seager to third, and Puig’s sacrifice fly scored him to give the Dodgers a 2-0 lead. However the dbacks would fight back with three runs in the top of the second to take a 3-2 lead.

The Snakes would re-take the lead in the top of the fourth when Drury doubled, and Ahmed’s single up the middle scored him. Thompson bobbled the ball but I think the run would have scored anyways.

The Dodgers would tie it again in the bottom of the fourth. Scott Van Slyke reached on an Ahmed throwing error. Forsythe singled to right before having to come out of the game later. Seager’s sacrifice fly to left would score Van Slyke and tie the game at 4-4.

Sloppy Arizona defense would gift the Dodgers a run in the bottom of the fifth. Hernandez reached on a ground-rule double. Kike would advance to third on a strikeout putout at first base when the ball rolled away from catcher Herrmann after Barnes struck out. With Kike at third, Herrmann tried to pick him off and after faking to second (Van Slyke had been intentionally walked and was stealing second); his errant throw hits Kike in the back and bounces away from third base. Kike scores and the Dodgers are up 5-4!

The rest of the game went pretty smoothly for the Dodgers. Puig would crush a monster three-run home run in the bottom of the eighth inning that put the game out of reach for Arizona. The Dodger bullpen was fantastic again as four pitchers (Alex Wood, Sergio Romo, Luis Avilan, and Kenley Jansen) combined to toss 5 shutout frames. Jansen recorded a 4-out save.

Kike had the game of his life. He doubled, scored, and made two great defensive plays. One in the outfield and one at second base. Puig went 3 for 4 with 4 runs batted in. Seager had two hits and drove in two, and Forsythe got three hits as well. For the dbacks, Nick Ahmed drove in all four of their runs with a three-run home run and an RBI single.

The Dodgers go for the sweep tomorrow as Rich Hill makes his return from the mound, blisters and all. Young right hander Taijuan Walker will counter for the dbacks. The Dodgers are now 11-3 all time on Jackie Robinson night. Jackie is smiling right now. 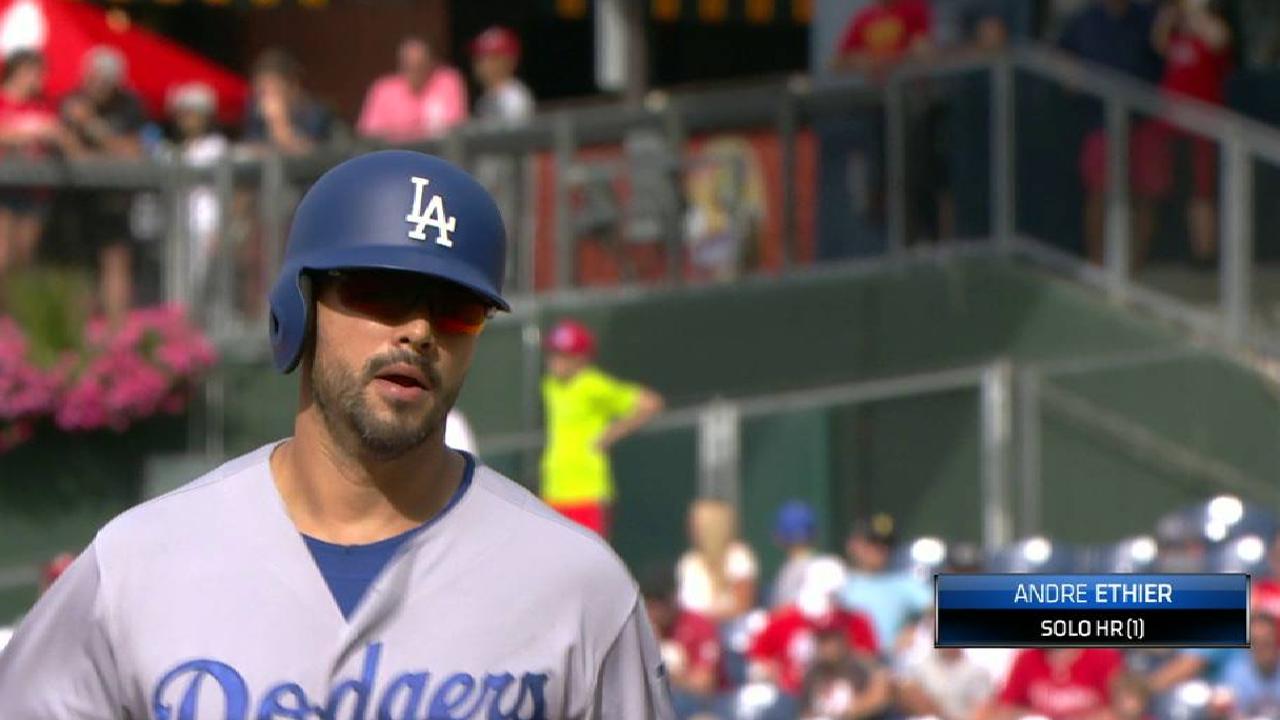 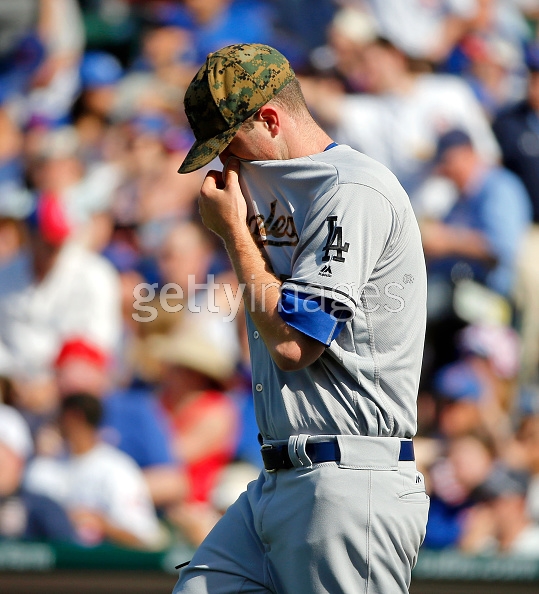