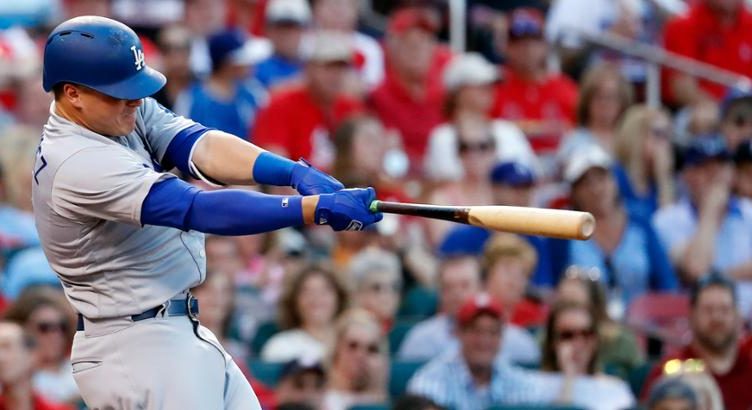 In the first game of the post-Puig-double -bird era, the Dodgers offense got started early against the Indians by manufacturing their first run of the day in the second inning. Yasmani Grandal walked, advanced on a Chris Taylor double, and he was knocked in by Joc Pederson.

Then the Dodgers pulled off a successful double steal, with Chris Taylor came home to make it 2-0, Dodgers.

The skipper got a bit greedy and tried for another double steal in the same inning. That one didn’t play out so well.

Meanwhile, Brandon McCarthy was mastering the Indians lineup. He threw five shut out innings, only giving up one hit.

However, McCarthys luck didn’t hold up. He was lifted in the sixth when he gave up back to back hits to the Indians’ numbers one and two hitters. Grant Dayton replaced McCarthy and gave up a sacrifice fly to score the runner from third, but that was all. Dodgers, 2-1

Josh Fields and his moonshinin’ beard grooved a fastball perfectly for depositing into the seats behind right field. The game was tied before you could say “rev’nooer”. He then proceeded to give up mile-deep foul balls, mile-deep fly outs, and walks. The guy just gambled, leaving fields in for the third out. It paid off this time.

In the eighth, the skipper once again pulled the right strings. He pinch-hit Enrique Hernandez, the Banana Kid, who came up big with a solo home run to put the Dodgers back in the lead 3-2.

It looked like Yasmani Grandal grounded into an inning-ending double-play, but the second baseman was nowhere near the bag when he took the throw. They went to review and the Dodgers won. The inning stayed alive, and the boys picked up an extra run in the deal, to lead 4-2.

That brought up Chris Taylor, who promptly singled, scoring Justin Turner and Cody Bellinger to give the doctors a 6-2 lead.

Those extra runs came in handy, because in their half of the eighth, back to back doubles off of Luis Avilan made the score 6-3. The skipper called for Pedro Baez to face Edwin Encarnacion with a man on third. Baez gave up a check swing single for an RBI, and followed that with a big double to right field.

Deuces wild! It was two out, two on, and the Dodgers trying to hold on to a two-run lead. Baez finally got a pop up to end the threat and allow the Dodgers to breathe again.

Kenley Jansen came in to hold down the fort in the ninth.

Don’t look now, but: Justin Turner is on a 10-game hitting streak.