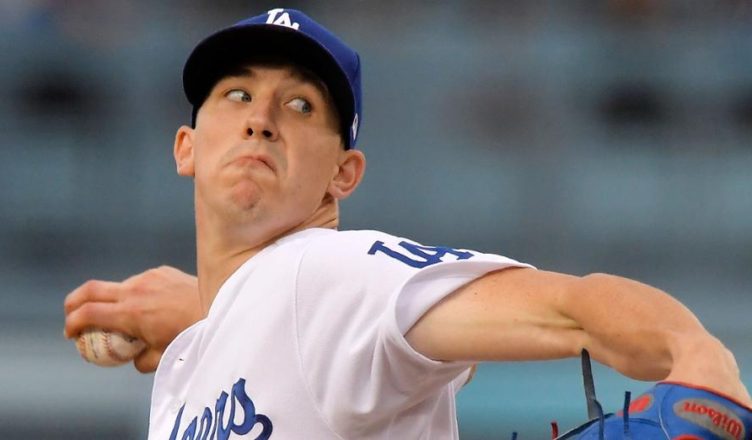 The Dodgers may be winning trade wars on office phones, but they’re losing games on the field. Walker Buehler took the mound on a warm summer night with the hopes the Dodgers’ offense would heat up behind him.
Buehler’s fastballs were coming in at 95-97mph, but it wasn’t enough heat to keep the Brewers off the basepaths or the scoreboard. He went 7 innings, giving up 1 run on 5 hits after 105 pitches. It was his longest outing in over 2 months.
The Brewers went up 1-0 in the 3rd behind a single and an RBI double. Enrique Hernandez made two great plays showing incredible range, with one play ending the inning and robbing Lorenzo Cain at the plate. Credit Austin Barnes at the other end with a brilliant block at the plate on that as well.
On the other side, Miley pitching for Milwaukee, kept the Dodgers very quiet. Cody Bellinger hit one to the CF wall in the 7th, but Cain got his revenge when he leaped and stole a HR from Cody.
JT Chargois took over and faced the minimum, picking off Ryan Braun at 1st base.
Still down 0-1, the Dodgers went to Caleb Ferguson in the ninth. He kept Milwaukee scoreless as new Dodger, Brian Dozier (wearing Steve Garvey’s number) stepped into the Dodgers’ dugout. Would we see Dozier PH in the ninth with a chance to be the hero?
Nope. The Dodgers continued their “weak fly ball or strike out” ways and went down 1,2,3 in the ninth to lose their third in a row. At least they lost before it got too late.