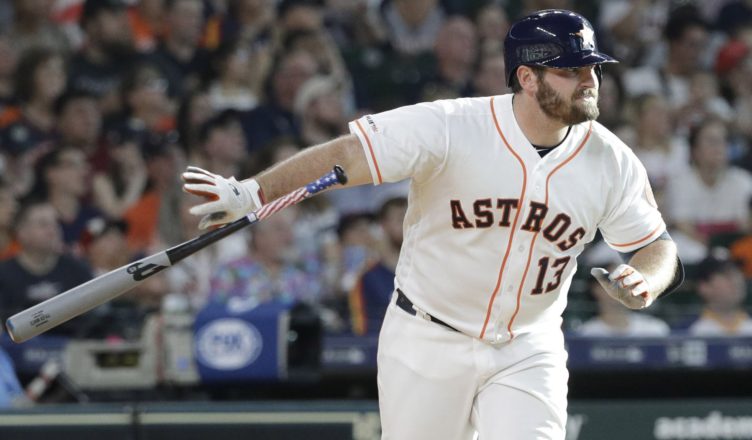 The Dodgers are flying into Washington D.C. to begin a weekend series against the Nationals. The trade deadline is looming and the club is already making moves. They’ve announced that Austin Barnes has been optioned to Oklahoma City and top prospect Will Smith has been called up. Smith will join the club in Washington on Friday. Lost in the shuffle of the Dodgers off-day roster moves was that they acquired infielder Tyler White from the Houston Astros in exchange for minor league pitcher Andre Scrubb.

I’m wondering what the Dodger’s long-term plans are for White. How does he fit into the Dodger’s roster? I’m contemplating if the Dodgers are planning on involving him in a bigger swap in the next few days. Or if they are planning on keeping him? How are the boys in blue going to deploy him?

Tyler White has been traded from the Astros to the Dodgers for minor league RHP Andre Scrubb, per source. @jakemkaplan had White to Dodgers first.

This could possibly signal that Enrique Hernandez’s hand injury is worse than first anticipated. With Chris Taylor still out with a fractured wrist, and Corey Seager still getting acclimated to playing full time after returning from the injured list, could possibly mean White is there as a backup/emergency infielder. But if we look at his resume we see that White has very little if any experience in the middle infield positions.

White has played just 6 career MLB games at second base, and has never played shortstop. He has just three games at third base as well. Most of the 28-year old’s time has been spent as a first baseman. Note he has made six appearances as a pitcher.

More than likely, the Dodgers are just in need of a right handed bat. If I were to guess, White would probably serve as a pinch-hitter in the late innings and occasional starter at first base against left handers. The Dodgers are down two right handed bats (assuming Hernandez’s injury keeps him out long) and White has been a decent hitter at an affordable price. White was designated for assignment last week, ending his Houston Tenure. Tyler was originally a 33 round draft pick from the Astros out of Western Carolina University in the 2013 draft.

47 thoughts on “How Are The Dodgers Going To Deploy Newly Acquired Tyler White?”