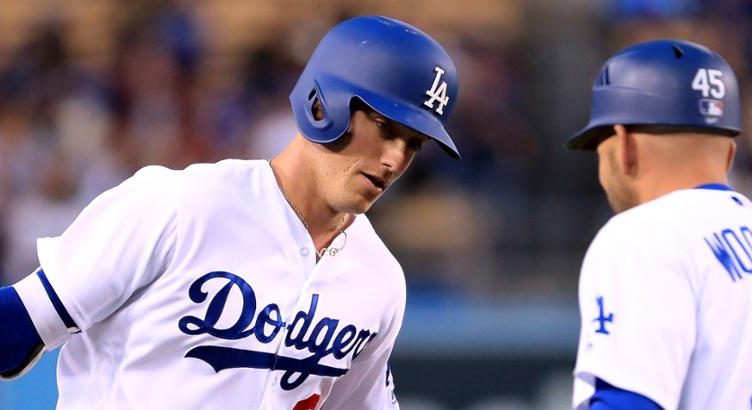 Game two/round two of the Dodgers-Marlins pissing contest and baseball game brought young Julio Urias to the mound at Chavez Ravine. The immediate problem for the Dodgers was Urias didn’t bring his best stuff along with him.

After a first pitch, down the pipe, base hit by Dee Gordon, Urias spent the next three innings searching for the strike zone. When the Marlins weren’t peppering out base hits, he was walking batters.

The Dodgers were lucky to be down by only three runs after a very ugly opening two innings. That “luck” soon ran out and it quickly sunk to a score of 5-0 with no out in the third inning. Urias wasn’t getting a ton of help from the gloves behind him either. The rest of the boys looked sleepy out there on defense.

7-0 and only one out in the 3rd was the breaking point for the skipper. Out came Urias, in came Luis Avilan…and then came Josh Fields…and then came many others as the night wore on.

It was 9-0 in the 4th and Marlins manager Don Mattingly, who’s hair was on fire last night when the Dodgers dared to try and score after it was 5-0, didn’t seem to mind that his batters were still up there swinging like their meal tickets depended on it.

Enrique Hernandez was the first Dodger to stand up and say, “Enough!” He said it with his bat, in the form of a solo round-tripper to center field. The no-hitter was spoiled and the Dodgers were finally on the board, only down 10-1.

The boys managed a couple of doubles and a base hit to score a run in the sixth inning, making things 10-2. The crowd, starved for anything to cheer about, reacted as though it were 10-9. After a 10 pitch walk to Chris Taylor that loaded the bases for Joc Pederson, Mattingly lifted his starting pitcher.

The Marlins new pitcher immediately uncorked a wild pitch behind Pederson that brought in the Dodgers third run of the night. That was all, because Joc popped up to Dee Gordon to end the inning 10-3.

Unfortunately, that was all the Dodgers would get, and they quietly gave up their final six outs.

The Dodgers lose 10-6 and split the first two games of the series. Kevin McCarthy will try to right the ship tomorrow afternoon. It should be a blazer out there. Wear sun screen and bring your glove!