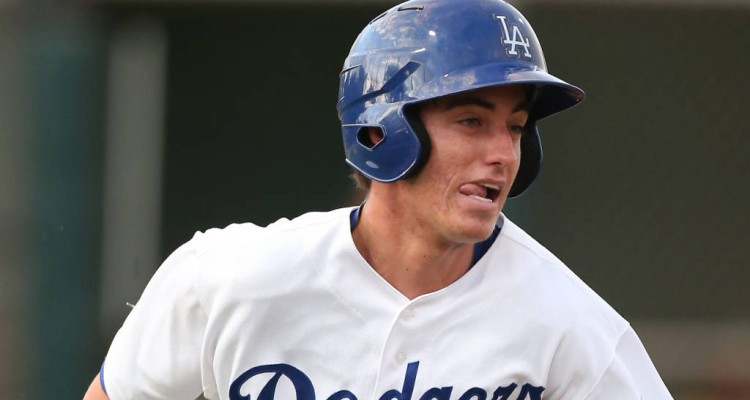 The fruits of the Dodgers’ labor and selfish hoarding of prospects in their farm leagues is steadily paying off, as evidenced by the emergence of 2016 Rookie of the Year Corey Seager, young pitchers Julio Urias and Jose De Leon, and possible 2017 left fielder Andrew Toles.

Baseball America placed Cody Bellinger atop the list, and here’s why. He plays first base and has middle-of-the-lineup power, but he also possesses five-tools talent that go beyond the first baseman,slugger stereotype. On a defensive grading scale of 20-80, Bellinger rates in the 70s. He’s got speed and a strong left arm which make him a viable option for the outfield corners. Bonus: He hits left-handed pitching well.

Expect to see Bellinger starting in Oklahoma City in 2017. With an aging Adrian Gonzalez at first, we may very well see Bellinger at Chavez Ravine toward the end of the season.

Yadier Alvarez is the latest of the Dodgers’ Cuban prospects to come down the line. The right-handed pitcher made his pro debut last season. He started with the Arizona Rookie League and was promoted to Class A Great Lakes. He finished 2016 with a 2.12 ERA and 81 strikeouts over 59 1/3 innings. On that 20-80 scouting grade scale, Alvarez earned an overall score of 60. The kid throws 100 mph with ease, and that’s how fast he may advance through the farms to the mound at Chavez Ravine.

Jose De Leon actually did make it to the hallowed Dodger Stadium mound in 2016. He started out strong in AAA with a 7-1 record, 2.61 ERA and 111 Ks. He was a late (but necessary) call up to the big club in September, and he won his first two ML starts. Unfortunately, his next two starts did not go as well, and he missed out on a spot on the postseason roster.

The future is indeed promising, and it’s arriving right on schedule.