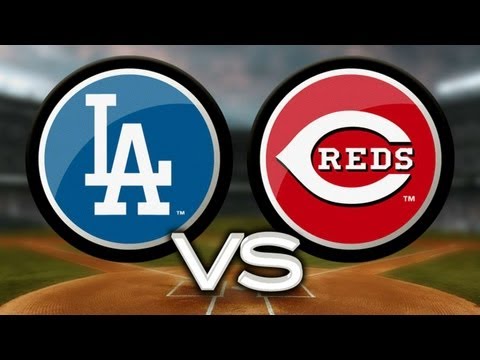 The Dodgers (67-53) screwed the pooch on Thursday in Philadelphia. The boys in blue blew a 4-run lead that lead to a 5-4 defeat to the Phillies in the series finale that ruined their potential sweep. If you remember they were unable to sweep the Phillies on the last home stand as well.

That coupled with the Giant’s 10-7 win over the Mets allowed San Francisco to shrink their lead in the NL West back to a half game. Maikel Franco’s seventh inning home run off of Grant Dayton was the nail in the Dodger’s coffin. Dayton had allowed only one earned run in his previous six appearances. So this was bound to happen.

The Dodgers can’t win every game and the Giants aren’t going to lose every game. What was interesting about the loss was that manager Dave Roberts went against the Dodger’s usual M.O. of percentage baseball and allowed the left hander Dayton to pitch to the right hander Franco. It’s important to know that there is a due to win/lose/allow runs factor in baseball.

If a rookie reliever has allowed only one earned run over first 6 appearances and has been nearly flawless over several weeks, odds are he’s going to be due to allow runs at some point. I think Roberts should have been aware of this and probably hooked him before the damage in the seventh inning. That’s baseball I guess no matter how frustrating it is. Hindsight is always 20/20.

The Dodgers better be on the ball over the weekend against a terrible Reds team before the next home stand. The Giants and Cubs are looming. Before that the Dodgers have a four game wrap around series with the Reds to put some wins in the bank. The Dodgers will fly into queen city on Friday as right hander Bud Norris returns from the disabled list.

The last place Reds will send right hander Tim Adleman to the mound to counter. The Reds have a 51-69 record and are 26 games behind the Cubs in the NL Central. They are 29-30 at home. The Dodgers are 29-29 on the road. We’ll also see former Dodger Scott Schebler who is batting only .186 for the Reds.

Norris is pitching for the first time since July 31 when he strained his back and was placed on the disabled list. Norris had made 6 starts and 7 appearances for the Dodgers since he was acquired by trade from the Braves. Norris is 3-2 with a 4.34 ERA in 29 innings pitched. He’s struck out 32, walked 8 and allowed 8.4 hits per nine.

He’s faced the Reds once this year back on June 15 when he was a Brave. In that start he picked up a no-decision when he allowed three earned runs on three hits over five frames. His last real start was on July 26 when he tossed 6 innings of shutout ball against the Rays. In 9 career starts against the Reds he is 1-3 with a 4.41 ERA. He’s never pitched well at Great American Ball Park. Norris is 0-2 with a 9.00 ERA in two career starts in Cincinnati.

The current Reds have not hit him very well. These Reds are hitting just .232 against Norris with a .677 OPS against.

Tim Adelman is a 28-year old rookie from Staten Island, New York. He’s made 4 starts for the Reds and is 1-1 with a 3.72 ERA. Across 19.1 innings pitched he’s allowed 8 earned runs and 9 walks while striking out 16. Adelman has given up 3 home runs and has posted a 1.3 WHIP. He was originally drafted by Baltimore in the 2010 draft. According to the scouting reports Adelman throws a two-seamer, four-seamer, changeup and curve. His fastball clocks between 90-94 and his curve is his best pitch.

In other news Clayton Kershaw has began to throw off of a mound and is preparing to throw a bullpen session in an attempt to come back from a herniated disk. Kershaw has not pitched since June 26. The Dodgers are hoping they can get him back sometime in September.

Honestly I don’t know how long they can last like this. The Dodgers need starting pitching and going this long without Kershaw has put a huge strain on the entire pitching staff. Fortunately the Dodgers have had one of the best bullpens in all of baseball and those guys have done a terrific job keeping the club in games. It’s not a traditional approach to winning games but the Dodgers have survived this long. They’ll have to go a little bit longer. Now if Rich Hill could actually pitch that would help too. Buckle up Ladodgerreportians, this is a race. 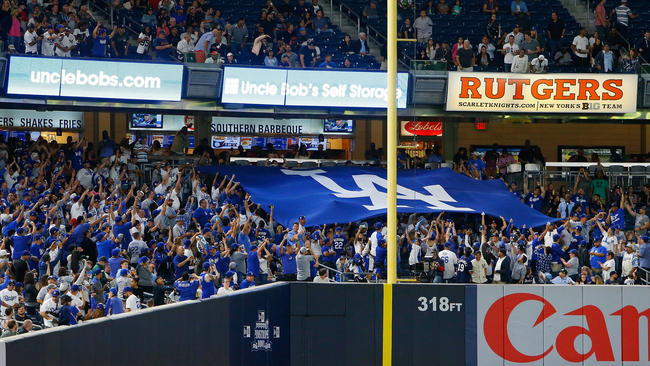 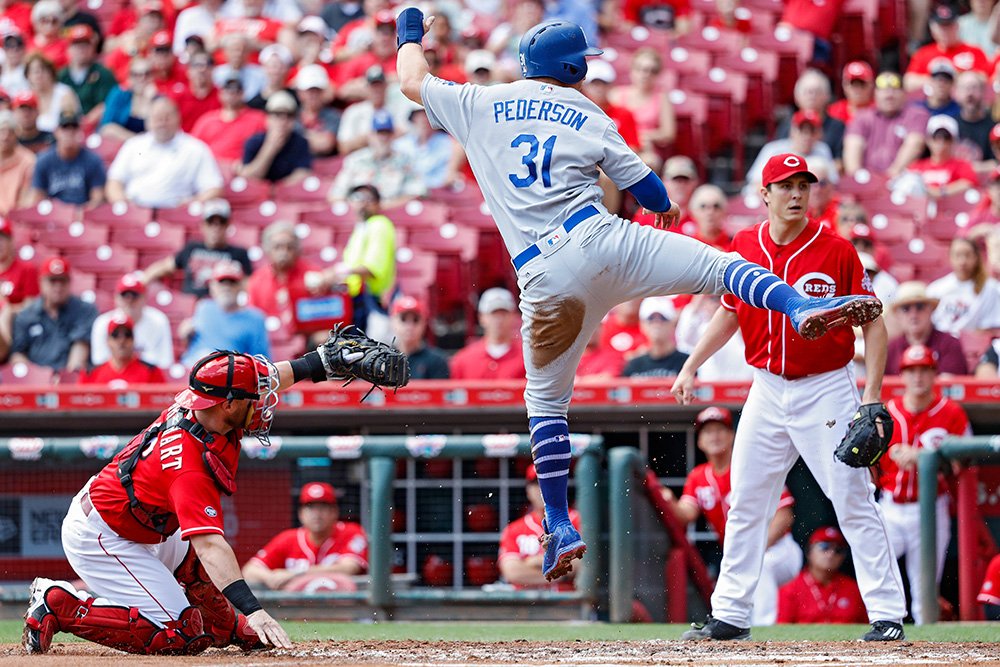 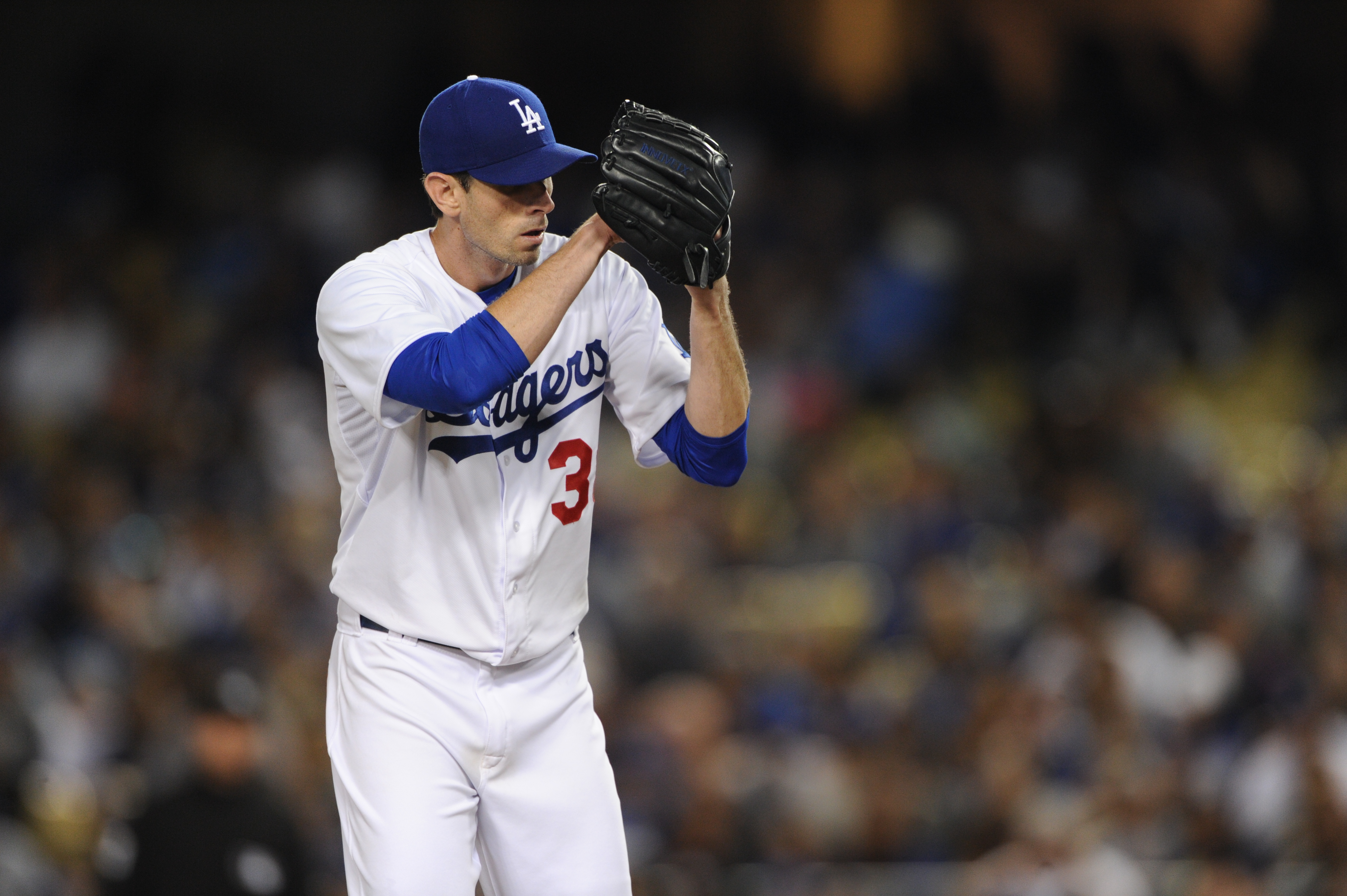