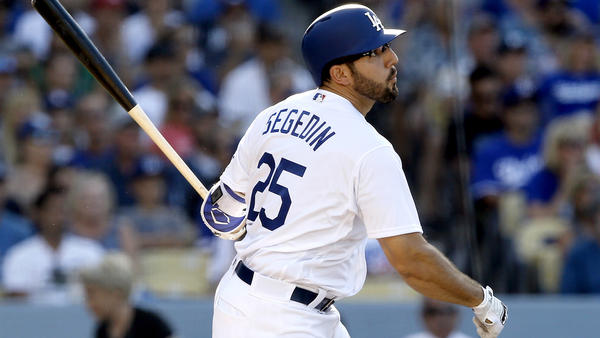 The price was all right for the Dodgers in an exciting 8-5 victory over the Red Sox at Dodger Stadium on Sunday afternoon. Brandon McCarthy was effectively wild walking 5 and hitting a batter but only allowing two earned runs on 3 hits over 3.2 innings pitched. McCarthy looked shaky the entire game and was removed in the fourth inning. New Dodger Jesse Chavez tossed 1.1 scoreless innings and picked up his first win as a Dodger.

The Dodgers scored 3 runs in the fourth, 3 runs in the fifth and two more in the seventh to knock opposing starter David Price out of the box. Newly called up rookie Rob Segedin drove in 4 of the Dodger’s 8 runs in his MLB debut with a two-run double and two-run single to not only make every Dodger fan happy, but his expecting wife as well. The Red Sox committed three errors in the game as the Dodgers took the series and moved to within one game of first place in the NL West. Here’s how it happened……

The Red Sox jumped out ahead in the top of the first inning as McCarthy was unable to locate the strike zone. Mookie Betts walked and stole second base. After Jackie Bradley Jr. flied out, a wild pitch was uncorked to send Betts to third. Xander Bogaerts’ sac fly to center scored Betts and put the Sox up 1-0.

Through the first four innings the game was a 1-0 pitcher’s duel. The Dodgers left two runners stranded in the second frame. McCarthy battled wildness to induce a double play to get out of the top of the third. The Sox added another run in the top of the fourth to go ahead 2-0. Brock Holt, and Bryan Holaday both drew two-out walks. Andrew Benintendi’s run-scoring single scored Holt and the Sox took a 2-0 lead.

The Dodgers would score three runs in the bottom half of the fourth frame. Justin Turner leads off the inning with a towering home run to left center. That was his club leading 20th home run of the season. The Boston lead was cut to 2-1. Gonzo doubled, and after Kike whiffed, Josh Reddick’s grounder to short looked like an easy out for Boston.

Gonzo tried to go to third, (which is a big no-no when a ball is hit in front of you and nobody on first base) but Holt dropped the ball at third and Gonzo was safe. Big error from the Red Sox, and the Dodgers capitalized.

Yasmani Grandal walked to load the bases and Rob Segedin’s double off the center field wall scored two. The Dodgers took the lead 3-2! Price had to get a double play to get out of the inning. The Dodgers would not be done.

Jesse Chavez pitched a 123 bottom of the fifth and then the Dodgers put up three more runs on the board to go ahead 6-2. Corey Seager walked and after Turner hit into a force play, Gonzo singled Turner to third. Kike reached on a throwing error from Xander Bogaerts. Turner scored on the play and the Dodgers went up 4-2.

The inning continued as Reddick flied out and Grandal walked. Then Segedin’s two-run single through the right side plated Gonzo and Kike and put the Dodgers up by a 6-2 score. Segedin’s pregnant wife was in the stands to see her husband’s first MLB hits. What a wonderful moment for Rob Segedin!

The Sox scored three runs in the sixth inning against Luis Avilan to make things interesting. With one out Avilan served up a single to Travis Shaw. Pinch-hitter Aaron Hill doubled in Shaw to make the score 6-3. Avilan struck out Holaday, but Benintendi singled in Hill to make the score 6-4. Joe Blanton was brought in and walked Big Papi. Then Betts singles in Benintendi and the score was now 6-5 Dodgers. Finally Blanton whiffed Bradley to end the inning.

The Dodgers plated two more runs in the seventh inning. Price was already out of the game at that point having allowed 6 runs and 3 unearned runs on 6 hits over 5 innings. He walked 5 as well and struck out 3. That means both starting pitchers walked 5 in the game today. Adrian Gonzalez finally homered for his 300th career home run. Kike Hernandez followed with his sixth home run of the season. The back-to-back jacks put the Dodgers up 8-5.

Pedro Baez tossed a scoreless top of the eighth inning and Kenley Jansen followed in the top of the ninth. Kenley struck out Hanley Ramirez for the first out of the ninth frame. Hanley looked hurt to be honest. Betts whiffed on a foul tip for the second out, and Bradley struck out as well for the final out. The Dodgers win 8-5!

What an exciting game! The Dodgers win coupled with the Giants loss at Washington pulls the boys in blue to within one game of first place in the NL West. The Phillies come into town tomorrow night for a three game set as Julio Urias makes his return to the mound and the Phils will counter with Zach Eflin, who used to be a Dodger briefly.

Dodgers one game out of first place!!!! 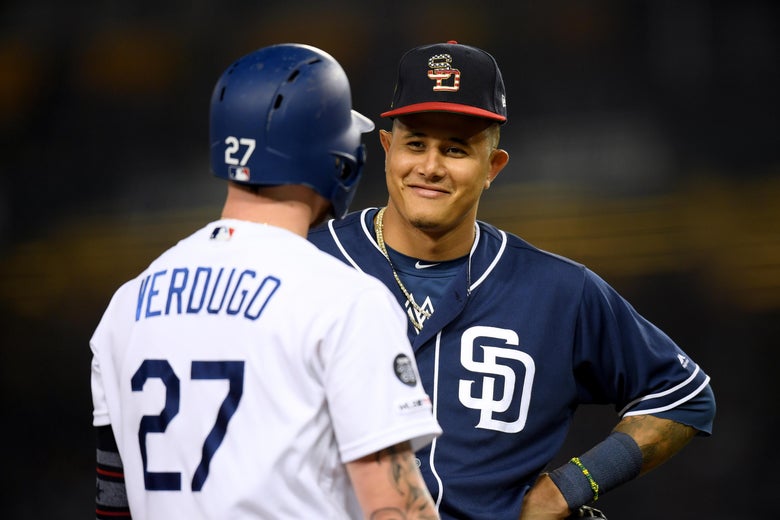 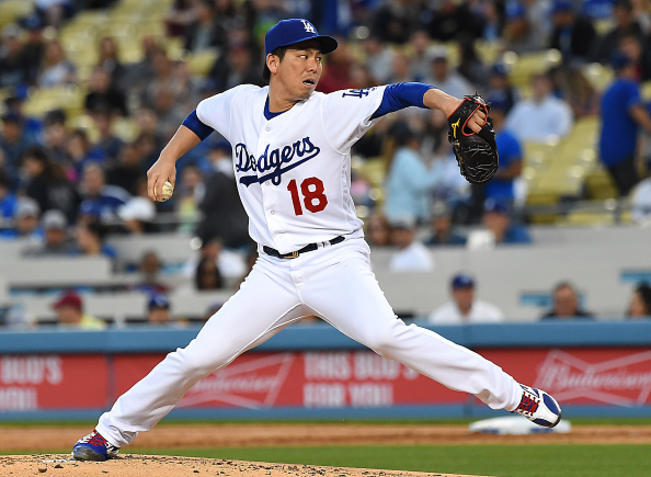 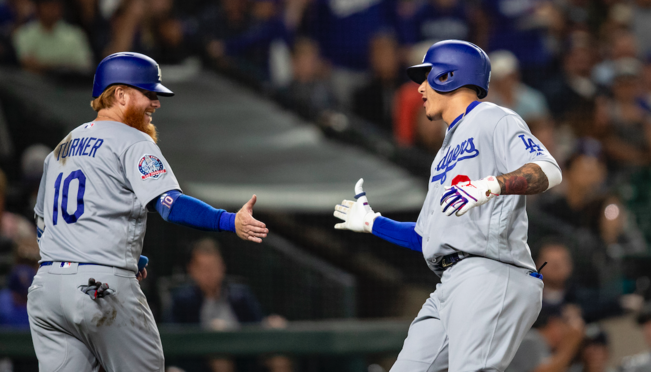 3 thoughts on “The Price is Right For Dodgers, Rob Segedin”